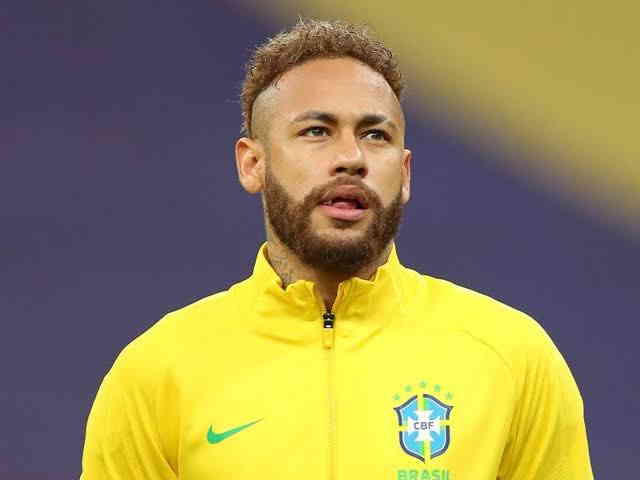 Neymar’s two goals for Brazil in the opening match of the 2014 World Cup helped the host nation to a 3-1 victory over Croatia. In the process, the 22-year old Barcelona forward moved into the top 10 and then to equal seventh with his second goal.  Here is a breakdown of Brazil’s top 10 goalscorers of all-time:

=10. Tostão 32 goals in 52 caps
The striker who played in the 60s and 70s and represented Brazil in both the 1966 and 1970 World Cups netted a total of 32 goals in 52 appearances for the selected. He scored 3 goals in the World Cup and was part of the side that won the tournament in 1970 – Brazil’s third in four tournaments.

=10. Ademir 32 goals in 39 caps
This striker from the 1940s and 1950s helped Brazil reach the 1950 World Cup final in his home country but couldn’t prevent them losing to Uruguay. He scored 8 goals during that tournament but didn’t score in the two games Brazil failed to win, including the final. This would be the only World Cup Ademir played in.

=7. Ronaldinho 33 goals in 97 caps
The former Barcelona star was named FIFA Player of the Year in both 2004 and 2005. Those awards came after he helped his nation win the 2002 World Cup. He scored the winner in the quarter-final versus England before being sent off. He is still playing club football in his own country at the age of 34 with Atlético Mineiro

=7. Neymar 33 goals in 50 caps
At the age of only 22 and on his 50th appearance for Brazil, Neymar scored twice in his World Cup debut to help beat Croatia 3-1 to kick off the 2014 World Cup. With so many years ahead of him, Neymar is on course to become Brazil’s all-time top goalscorer. Perhaps a few more goals in the current World Cup and people will start to think about him breaking Ronaldo’s FIFA World Cup record of 15 goals.

6. Rivaldo 34 goals in 74 caps
Another Barcelona and Brazil legend, Rivaldo was part of the successful 2002 squad that lifted the trophy in Asia, four years after playing in their final defeat to France. He scored 5 goals in the latter and a total of 8 in World Cups, including important goals in the quarter-finals of both aforementioned tournaments. Only recently retired at the age of 42.

5. Bebeto 39 goals in 75 caps
Was prolific in La Liga with Deportivo La Coruña during the early and mid-90s. Was part of the Brazil side that successfully won the 1994 World Cup, scoring 3 goals in that tournament and the same amount four years later in France.

4. Romário 55 goals in 70 caps
One of the greatest strikers in the 1990s, Romário made his name in Europe in the late 80s with Sir Bobby Robson’s PSV Eindhoven before joining Barcelona in 1993. Scored 5 goals in 1994 to help Brazil to their fourth title but an injury before the tournament in 1998 ruled him out. At the age of 36 in 2002, head coach Luiz Felipe Scolari made the unpopular decision to leave Romário out of his squad, but went on to win the World Cup in South Korea/Japan anyway.

3. Ronaldo 62 goals in 92 caps
Arguably the greatest striker of the late 90s and early 2000s, when fit, Ronaldo was unplayable. The former Brazilian striker heads into the 2014 World Cup as the all-time top scorer, 1 goal ahead of Miroslav Klose who is in Germany’s squad for this tournament. Was the star of the show in 2002, scoring 2 goals in the final to beat Germany. Had a successful career in Europe, playing for PSV Eindhoven, Barcelona, Internazionale, Real Madrid and AC Milan.

2. Zico 66 goals in 88 caps
Made it to three World Cups, scoring 5 goals but Zico never got to lift the trophy. Still considered one of the all-time greats, Zico is currently Brazil’s second top scorer and he never played as an out-and-out striker. Flamengo were the only Brazilian side he played for, either side of a brief spell in Europe with Udinese and finishing his career in Japan with Kashima Antlers. He managed Japan in the 2006 World Cup.

1. Pelé 77 goals in 92 caps
Still considered the greatest player of all-time by many, Neymar has a long way to go to match Pelé’s 77 goals. He is one of only two players to score in four different World Cups – a record that Miroslav Klose can match this summer. He was a winner of the World Cup on three occasions with England the only other nation to win the tournament in which Pelé competed.

The reliable Premiership Tips are tipping Germany to win the 2014 FIFA World Cup at 4/1.