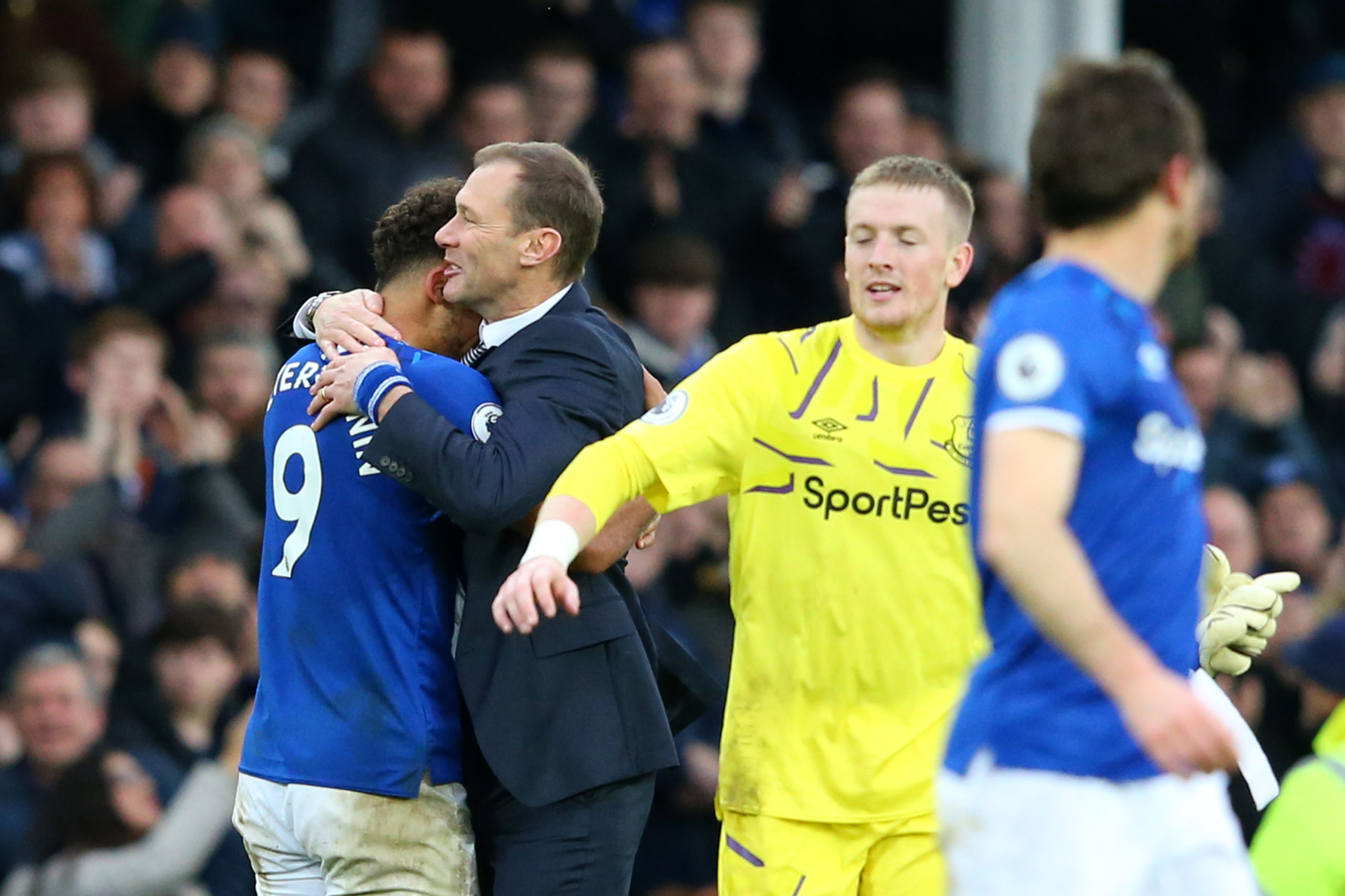 The 23-year-old has scored 11 goals in as many games for both club and country this season, and he will be keen to continue proving his quality going forward.

Calvert-Lewin is currently topping the early goalscoring charts alongside Tottenham Hotspur’s Son Heung-Min, with seven goals in six games, and he is one of the reasons why Everton are currently top of the league table.

While manager Carlo Ancelotti has played a huge role in believing in the youngster, Ferguson has definitely done a good job too, and Rooney has showered praise on the former Everton striker.

“When I returned to Everton he was entering his second season with the club. I looked at him in training and thought ‘he has everything’,” the Derby County man wrote in his The Times column.

“He was quick, strong, good in the air. His only downfall was he was snatching at chances. But he was already working hard to correct that and Duncan Ferguson deserves a lot of credit because Duncan (Ferguson) would always stay with him after training and give him finishing drills.”

Sunday’s 2-0 loss to Southampton was the first time Calvert-Lewin had gone without scoring a league goal for Everton this season, and he will be keen to get back on the score sheet against Newcastle United next weekend.

The striker also has director of football Marcel Brands to thank, as the Dutchman had to convince erstwhile Toffees boss Marco Silva to stick with him instead of bringing in a big-name striker.

Some at Everton believe Calvert-Lewin would now be elsewhere, on loan or permanently, had a move for the Croatian happened.

Brands convinced the Portuguese to place faith in the former England youth international, urging him to give the youngster the platform to continue his development and that has yielded great results with Everton now reaping the benefits.