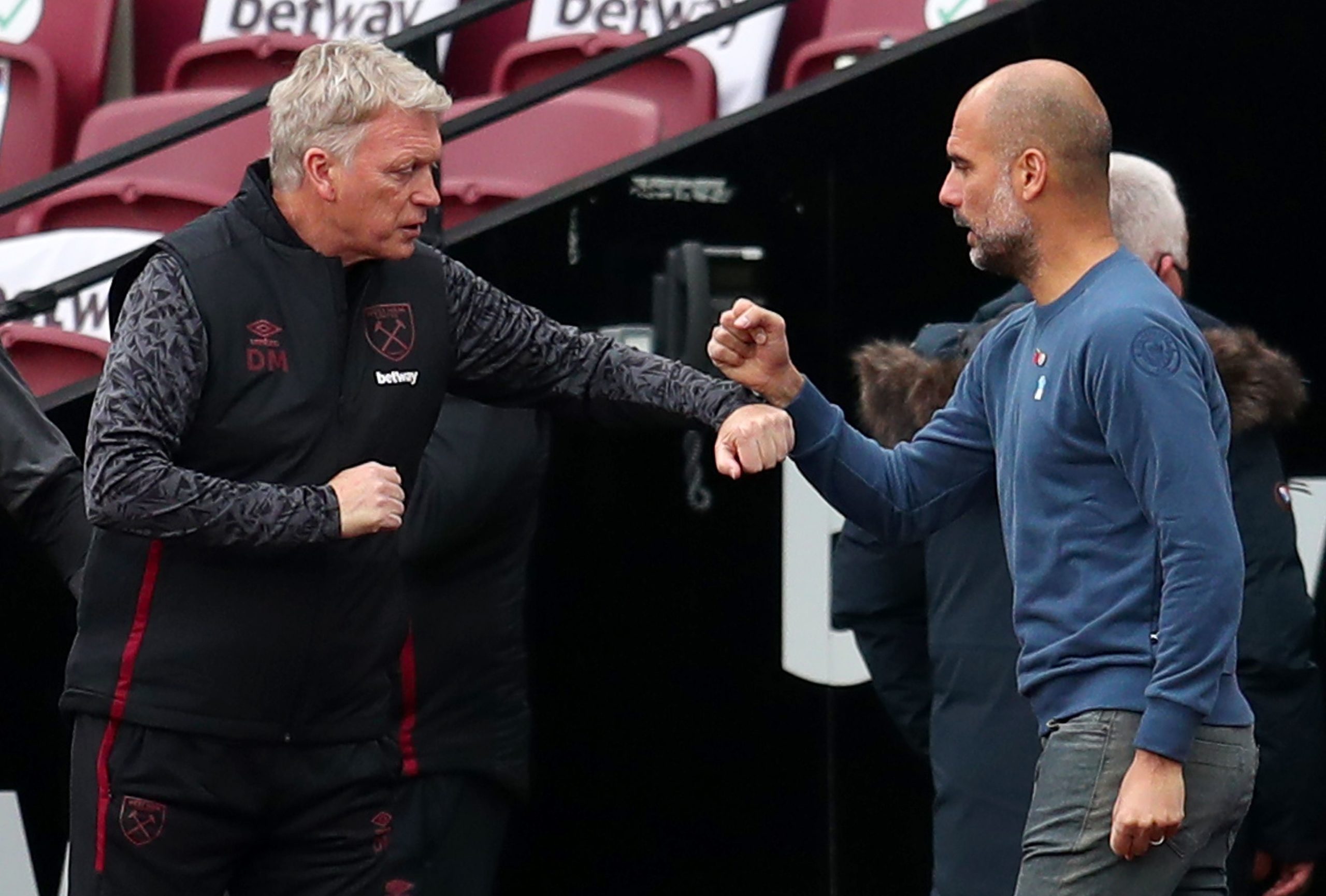 West Ham United co-owner David Gold has reacted on Twitter to claims by The Times that the Hammers were one of the most improved teams in the English Premier League post lockdown.

The London Stadium outfit held Manchester City to a 1-1 draw on Saturday, ending a run of eight consecutive league defeats at the hands of Pep Guardiola’s side.

West Ham also held Tottenham Hotspur to a 3-3 draw last weekend, scoring thrice in the last 10 minutes of the clash to secure one of the most incredible comebacks in the history of the top-flight.

The back-to-back draws came following impressive victories over Wolverhampton Wanderers and Leicester City, and Moyes’ side have been impressive over their last four games following back-to-back losses to Newcastle United and Arsenal in the opening two league games of 2020-21.

The Hammers have been better after lockdown, and Gold is impressed and happy with his side’s progress under Moyes, sending this message to the former Everton boss on Twitter:

Good to see this quoted in The Times today: "West Ham United were one of the most improved teams post lockdown" A great effort is being made by David Moyes and his team. COYI dg.

West Ham went into the lockdown in March on the back of a 1-0 loss to Arsenal, resuming in June with consecutive defeats at the hands of Wolves and Spurs.

The results dealt a huge blow on their survival chances, but they responded with victories over Chelsea, Norwich City and Watford, and draws against Newcastle, Manchester United and Aston Villa to hold on to their top-flight status.

2020-21 didn’t start on an impressive note, but they have since bounced back in style and will be keen to get a result at Liverpool on Saturday.

West Ham players are enjoying life under Moyes and they reportedly want the club to hand him a new long-term deal as he enters the last months of his current 18-month contract.