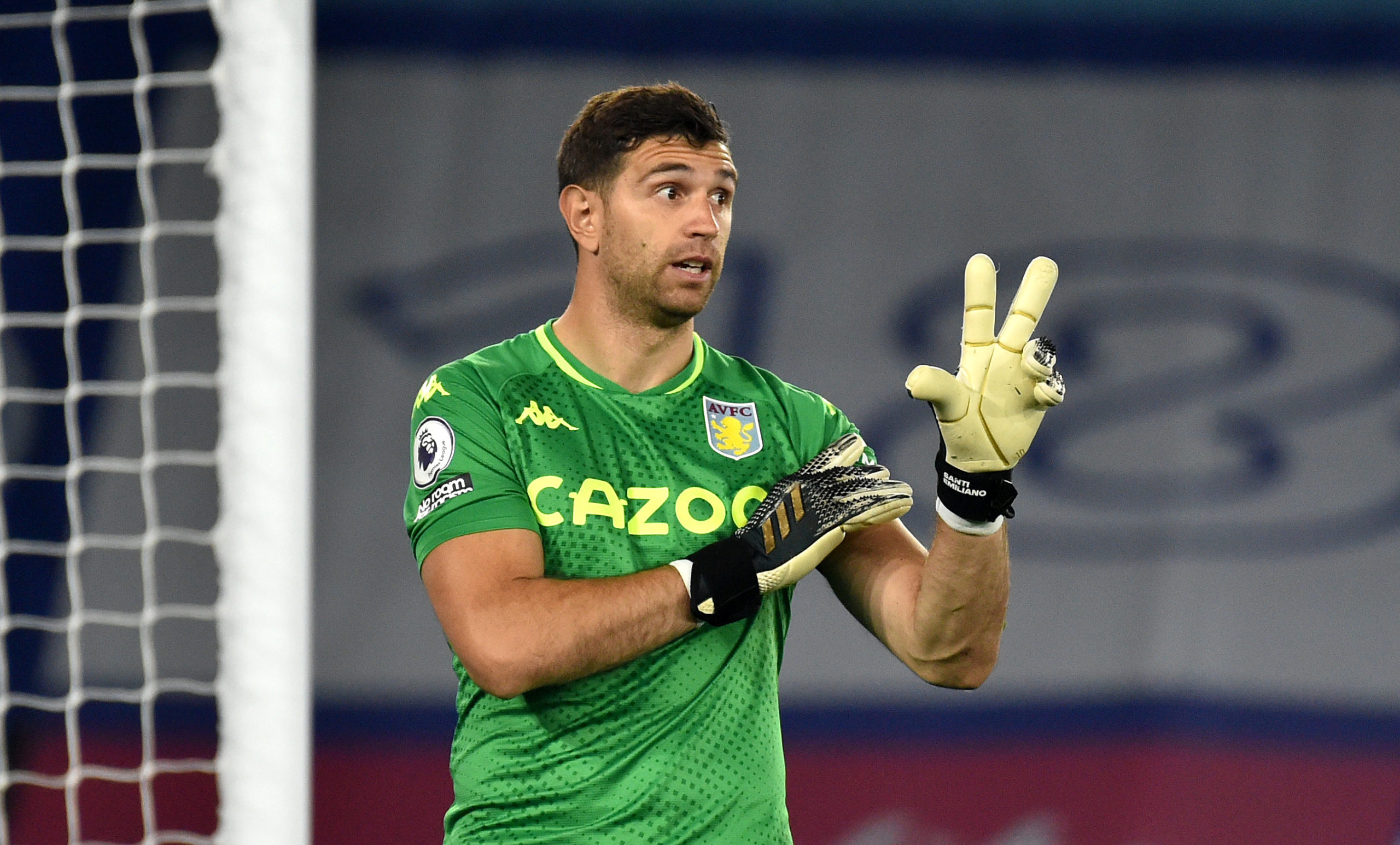 Aston Villa kicked off the 2020-21 English Premier League campaign on a very impressive note prior to last Friday’s 3-0 defeat at the hands of Leeds United.

Dean Smith’s side headed into that game on the back of four consecutive wins, with the 7-2 victory over defending champions Liverpool the standout result of the season so far.

The Argentine joined the Villans on a four-year deal for £17 million during the summer transfer window from Arsenal, and he has been one of the reasons for the side’s strong start to the season.

Martinez spent 10 years with the Gunners having joined as a youth team player in 2010, playing just 38 games for their first-team.

23 of those appearances came last term after he replaced an injured Bernd Leno.

The Villa goalie also played in Arsenal’s FA Cup final win over Chelsea, but was told the German would return to being first choice this season, and manager Mikel Arteta made him available for sale.

That decision surprised the Spaniard’s Villa Park counterpart Smith, and he has revealed he didn’t hesitate to pull out all stops in order to land Martinez.

“Tom Heaton was probably my best signing last season and unfortunately he got an injury and he wasn’t going to be around for the first couple of months of the season,” the Villa boss said on talkSPORT.

“So I needed to move again. Emi, I thought, was brilliant at Arsenal and I was surprised when the opportunity came up to go and get him. We went all out to get him when we heard there might be something there.

“He is not just brilliant as a goalkeeper but his character and attitude and the way he is around the place is really refreshing.”

✅ "I was surprised when the opportunity came up to go and get him."

🙌 "His character and attitude and the way he is around the place is really refreshing."#AVFC boss Dean Smith says it was a no-brainer to sign Emiliano Martinez. pic.twitter.com/EILb6t2i4O

Arsenal clearly don’t miss Martinez given that they have a brilliant goalie in Leno, and selling him for £17 million is without a doubt very good business.

They have since brought in Iceland international Runar Alex Runarsson as replacement, and aren’t likely to regret letting the Argentine leave should their first-choice goalie get injured.

Martinez will now look to retain his starting berth at Villa when Heaton returns to full fitness, and it will be intriguing to see how that battle goes.