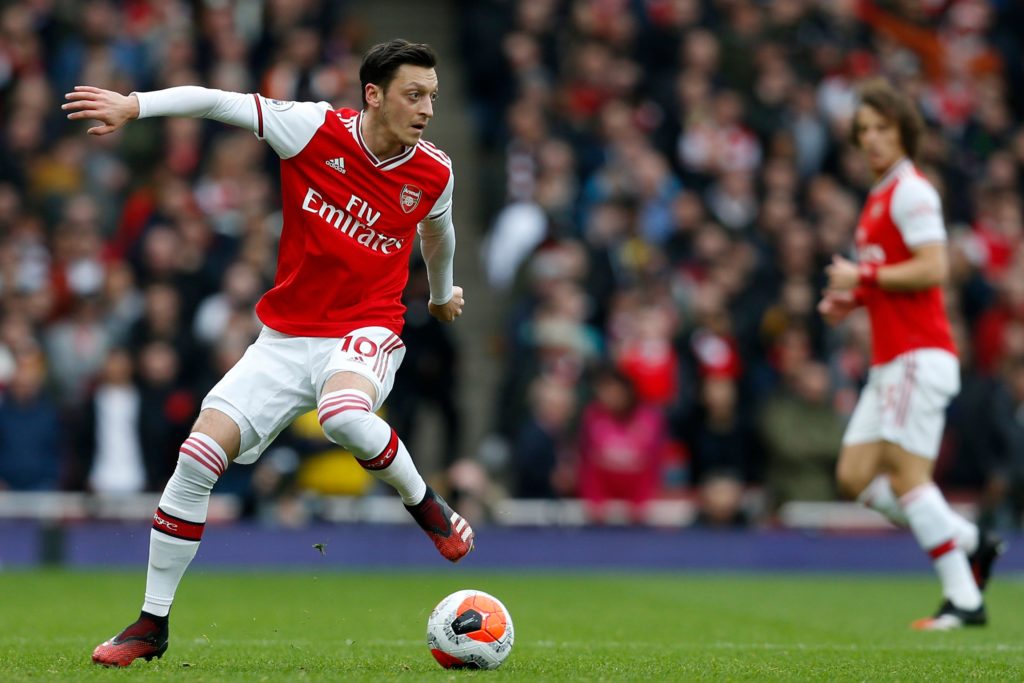 German midfielder Mesut Ozil has been left fuming after Arsenal left him out of their 25-man Premier League squad for 2020-21.

The 32-year-old was also left out of the Gunners’ Europa League squad, and it’s safe to say that he has played his last game for the North London giants.

Ozil took to social media to blast Arsenal’s latest decision, and has vowed to keep fighting for his chance.

Every footballer wants to play. Not being able to, regardless of salary, is soul destroying. https://t.co/I4ri1nUfpY

BBC Match of the Day presenter Gary Lineker has tagged the decision of the club “soul-destroying”, and former Arsenal midfielder Jack Wilshere agrees with him.

The former West Ham United midfielder also had a message for the Gunners, claiming Ozil is the club’s best player.

Spot on Gary, especially when you are the best player! https://t.co/3ZBTcEcHLa

The German last played for Arsenal prior to the outbreak of the coronavirus pandemic last term, featuring in every Premier League game under manager Mikel Arteta before then.

There has been no explanation from the Spaniard as to why Ozil isn’t in the squads for the two biggest competitions his side are playing in this season, and it doesn’t appear that any is forthcoming.

The 2014 World Cup winner is in his eighth season at Arsenal and is currently the club’s highest earner at £350,000 per week.

His current contract expires at the end of June 2021, and it remains to be seen if he is planning on leaving before then.

Ozil was once Arsenal’s best player, but he hasn’t been for a minute and not many will agree with Wilshere’s seemingly sentimental claim.

The former Real Madrid star hasn’t been influential like he once was on the pitch, ending last term with just a goal and two assists in 18 Premier League appearances.

He produced eight goals and nine assists in 33 league appearances 2016-17, and the 2015-16 campaign where he scored six times and registered whopping 19 assists in 35 EPL games remains his best-ever season in the Arsenal colours.