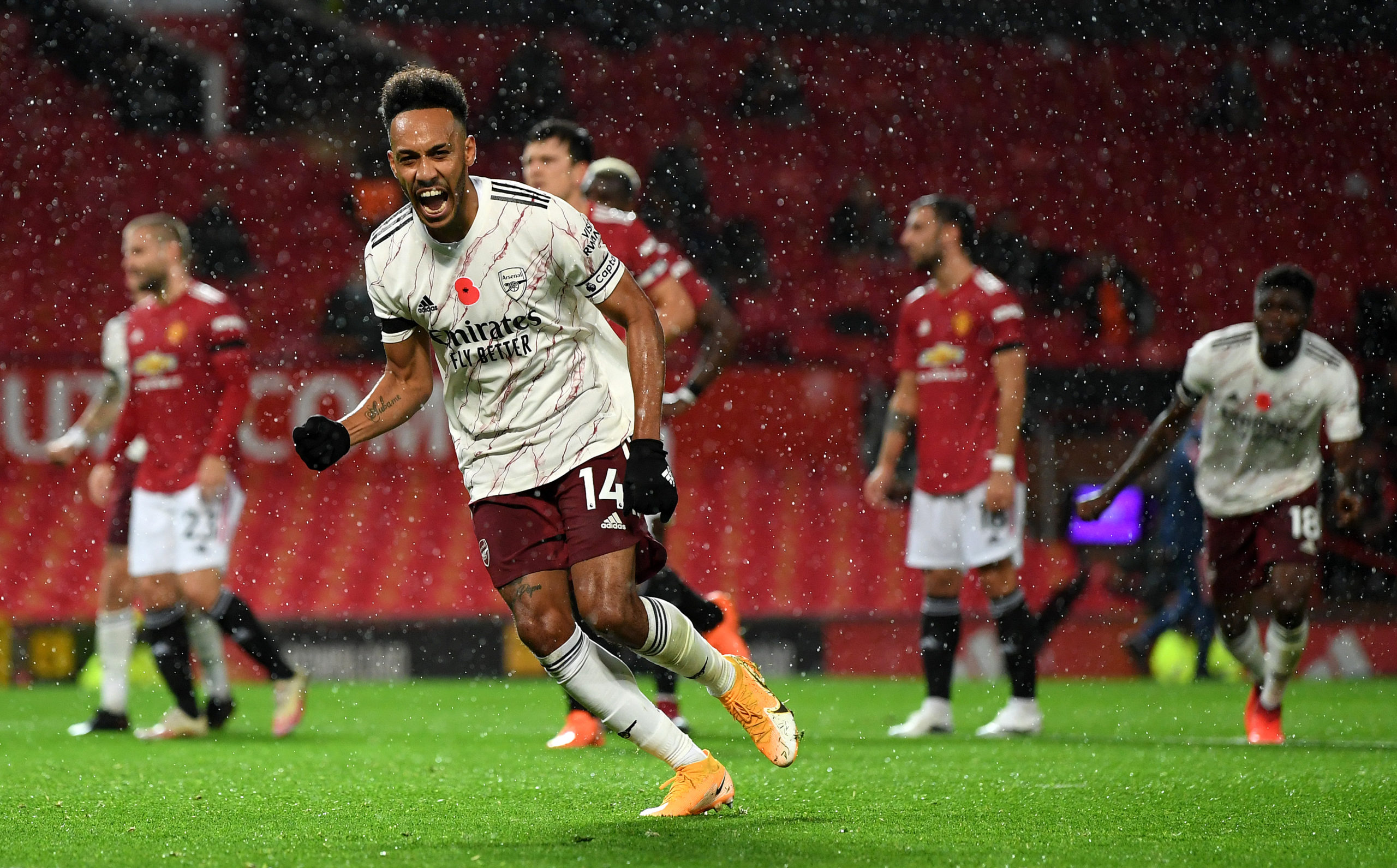 Arsenal secured a 1-0 victory at the expense of Manchester United yesterday, with a second-half goal from Pierre-Emerick Aubameyang handing the Gunners their first English Premier League win at Old Trafford since 2006.

The visitors were the better side for a larger period of the game, and they deserved to pick up all three points against the lackluster Red Devils.

Arsenal had lost back-to-back league games to Manchester City and Leicester City heading into the game, but they bounced back in style, putting in a top defensive shift at the back and winning the battle in the middle of the park thanks to Thomas Partey and Mohamed Elneny.

Aubameyang’s last league goal came on the opening day of the campaign against Fulham, and he stepped up to send David de Gea the wrong way from the spot 24 minutes into the second-half after Paul Pogba had fouled Hector Bellerin.

Man Utd headed into the game on the back of an impressive 5-0 win over RB Leipzig in the Champions League on Wednesday, but they weren’t sharp in attack against a pressing Arsenal side that limited their spaces in the final third.

They will now look to bounce back and make it three wins in as many UCL group games when they visit Turkish giants Istanbul Basaksehir on Wednesday.

Ole Gunnar Solskjaer’s side visit Everton on Saturday while Arsenal host Aston Villa the next day after midweek’s Europa League clash against Molde.

Sunday’s game will provide both sides with much-needed motivation heading into their next games, and here are 10 interesting stats from the clash.

1 – Aubameyang is the first Arsenal player to score a penalty at Old Trafford in the EPL. Robin van Persie missed his attempt in 2011 while Gilberto Silva also fluffed his chance from the spot in 2006.

3 – Paul Pogba has conceded three penalties in the EPL under Solskjaer. No other Manchester United player has conceded more than one.

4 – The Red Devils are without a win in any of their opening four league games at home for the first time since 1972-73.

5 – Solskjaer’s side have conceded five penalties in their last seven EPL home games; the previous five penalties they had conceded at home came over a period of 101 games.

7 – The Red Devils have picked up seven points from their opening six EPL games this season – their lowest tally at this stage since 2013-14.

16 – Arsenal have secured 16 wins over Manchester United in the English Premier League. Only Chelsea (18) have won more.