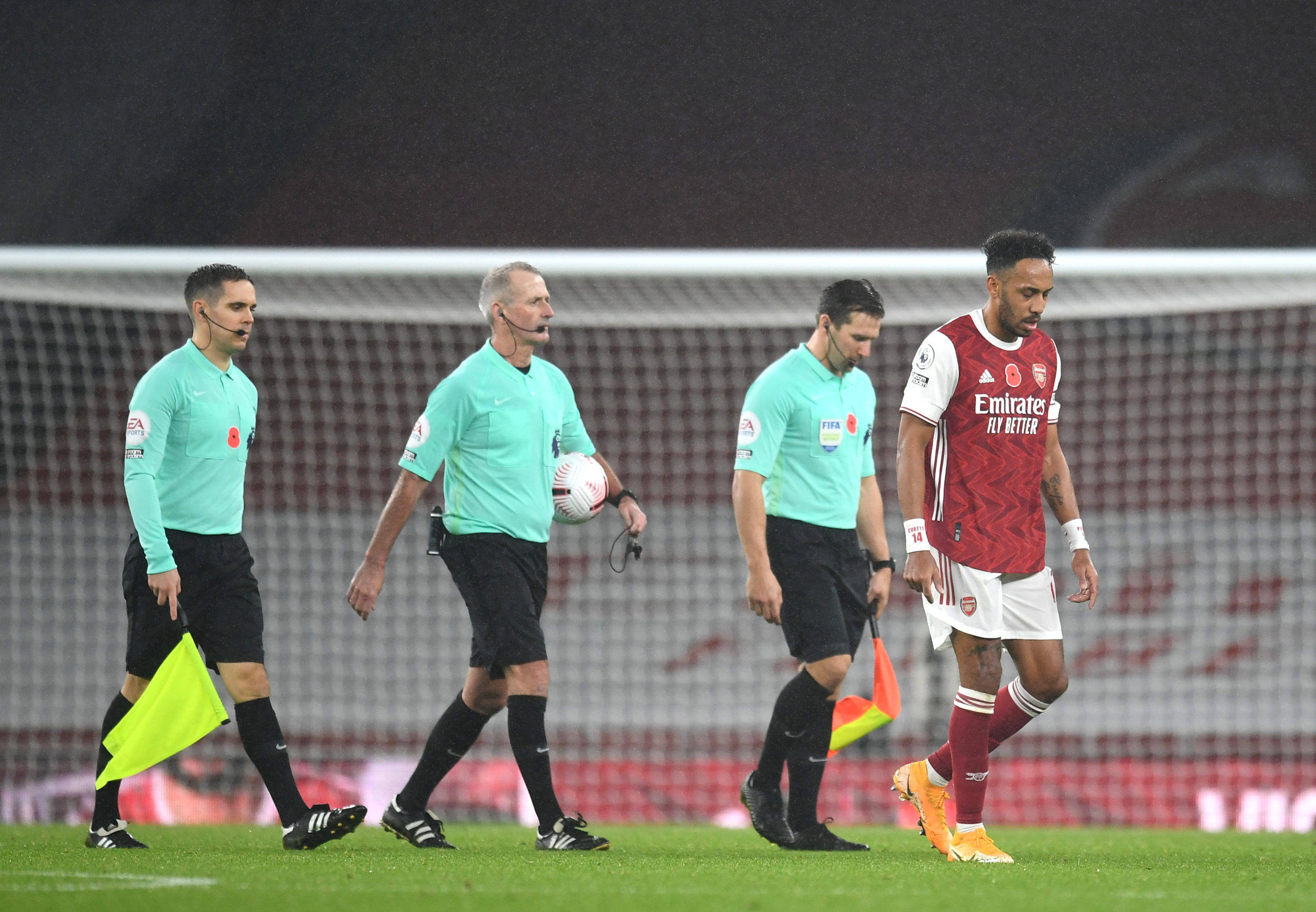 0 – Arsenal striker Pierre-Emerick Aubameyang failed to take a single shot during yesterday’s 3-0 loss to Aston Villa. It is the first time he has played the full 90 minutes in a home EPL match for the Gunners without attempting a shot.

1 – Sheffield United have picked up just one point from their opening eight EPL games of 2020-21. It’s the joint-lowest points tally at this stage of an EPL campaign.

2 – Manchester City right-back Kyle Walker has conceded two penalties in the EPL this season, as many as he had in the previous 11 campaigns combined.

3 – Wolverhampton Wanderers goalkeeper Rui Patricio has saved three of the 10 penalties he has faced in the EPL, saving Jamie Vardy’s second penalty on Sunday.

3 – Liverpool have only won three of their last 10 away EPL games, after winning 16 of their previous 17.

4 – Burnley have failed to score in four consecutive EPL games for the first time since May 2015 when they went six straight games without a goal.

5 – Chelsea striker Timo Werner has been involved in five goals in his past four EPL games (four goals, one assist) after failing to score or assist a goal in his first four.

7 – Newcastle United are without a clean sheet in seven consecutive EPL games this term following Friday’s 2-0 defeat at Southampton. It’s their longest run without a league clean sheet since December 2017 (11 in a row).

8 – West Bromwich Albion have failed to win any of their first eight games of an EPL campaign for only the second time. It last happened in 1985-86, when they went on to be relegated from the top-flight.

9 – Aston Villa skipper Jack Grealish has been directly involved in nine EPL goals this season (four goals and five assists) – only Harry Kane (15) and Son Heung-min (10) have been involved in more EPL goals.

15 – Manchester United midfielder Bruno Fernandes has had a hand in 15 EPL goals in his 10 away games in the competition (10 goals, 5 assists). It’s the most goal involvements a player has had in their first 10 away games.

16 – Southampton have picked up 16 points in their opening eight EPL games of 2020-21 following five wins, a draw and two losses. It’s the highest they have ever had at this stage of a league campaign (level with 2014-15).

19 – Brighton registered 19 shots against Burnley. It’s the most by any side without scoring in an EPL match this season so far.

27 – Tottenham Hotspur striker Harry Kane has now been directly involved in 27 goals in his last 14 starts for the club in all competitions, scoring 17 and assisting 10, including the winner during Sunday’s 1-0 victory over West Brom.

Liverpool crashed out of the Champions League tonight, as they succumb to a 3-1 aggregate defeat to 13 times winners – Real Madrid. A 0-0…

Liverpool fans are left scratching their heads, as after a terrible display in Madrid a little over a week ago, Gini Wijnaldum has retained his…

Chelsea advanced to the semi-finals of the Champions League last night, as they ran out 2-1 aggregate winners over Porto, setting up a tie against…

Chelsea have registered an interest is signing Hakan Calhanoglu this summer, when the Turkish international’s contract expires with AC Milan. It’s likely the Blues won’t…