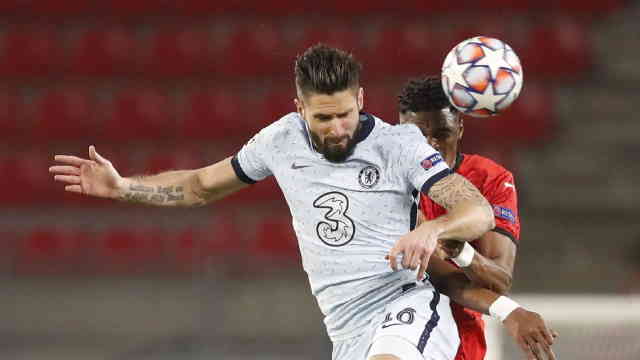 Chelsea booked their place in the second round of this season’s UEFA Champions League with a late 2-1 win away to Rennes this evening.

Callum Hudson-Odoi opened the scoring midway through the first half before Chelsea looked set to be penalised for not doubling their lead when Serhou Guirassy headed in an equaliser unmarked from a corner five minutes from time.

However, Olivier Giroud came up with a stoppage time winner with a bullet header after Timo Werner’s tame one-on-one effort was parried up into the air and the French striker’s path to maintain the Premier League club’s 100% record in the group stage after four games.

Chelsea’s win, along with Sevilla beating Krasnador 2-1 sees both the English and Spanish side comfortably progress from the group stage.

1 – Mason Mount’s assist for Callum Hudson-Odoi was his first-ever in the Champions League.

3 – Edouard Mendy conceded just his third goal in his first 10 games in all competitions for Chelsea.

13 – Chelsea are unbeaten in their last 13 matches in all competitions.

55% – Six of Callum Hudson-Odoi’s 11 goals for Chelsea have come in European competition (2 in Champions League, 4 in Europa League).

354′ – Chelsea had gone nearly six hours without conceding a single goal in this season’s competition prior to Serhou Guirassy’s equaliser.