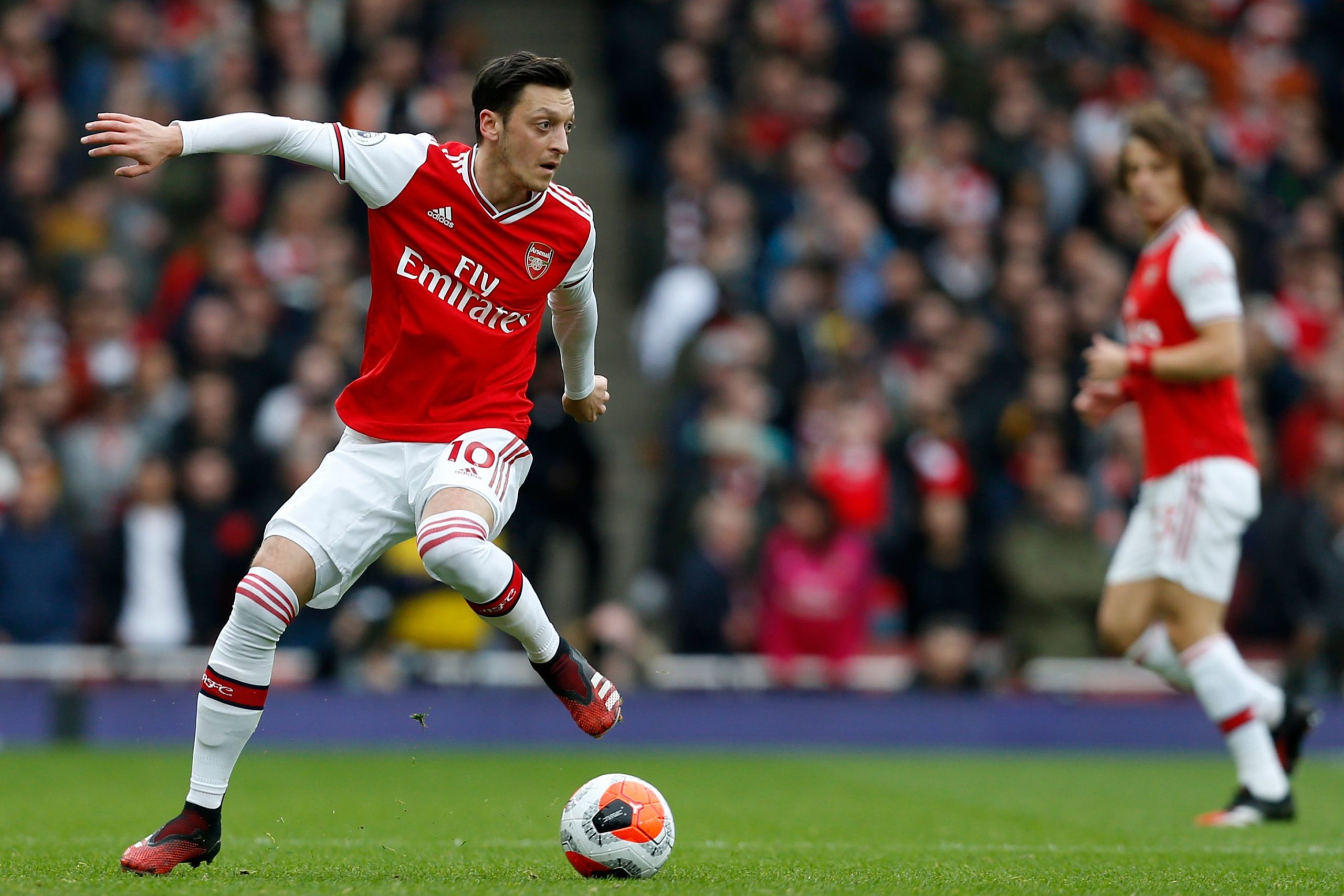 Arsenal axed their famous mascot Gunnersaurus last month as part of cost-cutting measures due to the financial shortcomings the coronavirus pandemic has put the club in, and out-of-favour midfielder Mesut Ozil offered to pay his full wages.

I was so sad that Jerry Quy aka our famous & loyal mascot @Gunnersaurus and integral part of our club was being made redundant after 27 years. As such, I’m offering to reimburse @Arsenal with the full salary of our big green guy as long as I will be an Arsenal player… pic.twitter.com/IfWN38x62z

The brilliant PR move from the German appears to have worked as the dinosaur mascot has now returned to the Emirates today.

Back at Emirates Stadium today 👍 pic.twitter.com/NF7FcNWYhI

It’s unknown if Arsenal have taken up Ozil’s financial offer, but the German is happy to see the famous mascot back at work, taking to Twitter to react thus to the development:

Happy to see you back where you belong 👍🏼#YaGunnersYa https://t.co/6vffAervHI

The club had always insisted that Gunnersaurus would return when supporters are allowed back in stadiums, but the backlash received from fans and the general public forced them to bring him back earlier than planned.

Gunnersaurus has been Arsenal’s mascot since 1993, but his service was deemed no longer essential with games currently being played behind closed doors and no fans to entertain.

However, he is now back at the Emirates, but fans won’t be seeing Ozil make a similar return anytime soon as he is currently excluded from manager Mikel Arteta’s Premier League and Europa League squads.

While that could change after the January transfer window when clubs are required to submit a new list, it appears that the 32-year-old has already played his last game for the North London giants.

Ozil last played for Arsenal prior to the outbreak of the coronavirus pandemic last term, featuring in every Premier League game under Arteta before then.

The 2014 World Cup winner is in his eighth season at the club and is currently their highest earner at £350,000 per week.

Ozil’s contract runs out at the end of June 2021, but it remains to be seen if he is planning on leaving before then.

While he was once Arsenal’s best player, he has lost his magic touch in recent campaigns, ending last term with just a goal and two assists in 18 Premier League appearances.

He produced eight goals and nine assists in 33 league appearances 2016-17, and the 2015-16 campaign when he scored six times and registered 19 assists in 35 EPL games remains his best-ever season at the side.