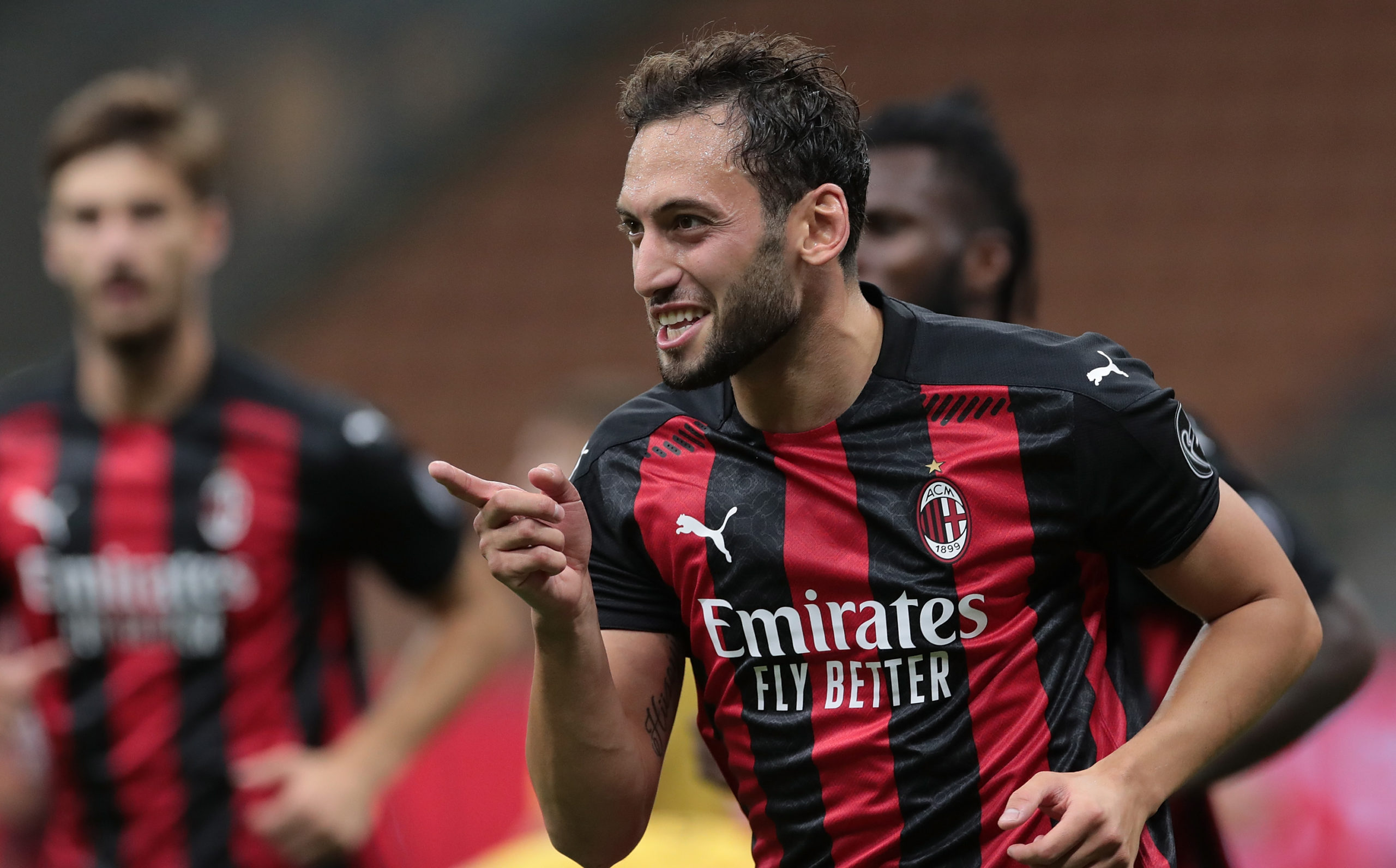 According to The Athletic, the agent of AC Milan midfielder Hakan Calhanoglu placed a call to Manchester United’s chief transfer negotiator Matt Judge looking to secure a move for the player ahead of next summer.

However, the Red Devils aren’t keen on the Turkey international despite the fact that he is set to become a free agent at the end of the 2020-21 season.

Man Utd were linked with Calhanoglu last week, but they aren’t in talks with him or his agent and aren’t planning on doing so.

Ole Gunnar Solskjaer’s side will look to strengthen their squad in January and next summer, but a player in the mould of the 26-year-old isn’t on their radar.

The Red Devils brought in Donny van de Beek from Ajax in the summer transfer window and currently have Portuguese midfielder Bruno Fernandes as their first-choice number 10.

The attacking midfield is not a position that they are looking to strengthen anytime soon as they have an abundance of options available, and it’s why they won’t be going after Calhanoglu despite his agent’s offer.

The Turkish midfielder has made nine appearances for Milan so far this term across all competitions, scoring four goals.

He has scored 27 goals and provided 40 assists in 138 games since joining Bayer Leverkusen in the summer of 2017.

While he’s without a doubt a quality player, he would have to elsewhere as an Old Trafford move isn’t on the cards.

Being linked with Man Utd carries a value for players seeking for transfers, and it’s believed that factor is at play with Calhanoglu.

United are the only top team in the Premier League still heavily relying on playing with a traditional number 10, and Solskjaer could be tempted to change his style.

Arsenal have done away with Mesut Ozil while Dele Alli is no longer in Tottenham Hotspur’s starting XI, and Calhanoglu and his agent could find it difficult to convince a top EPL side to commit to a deal.