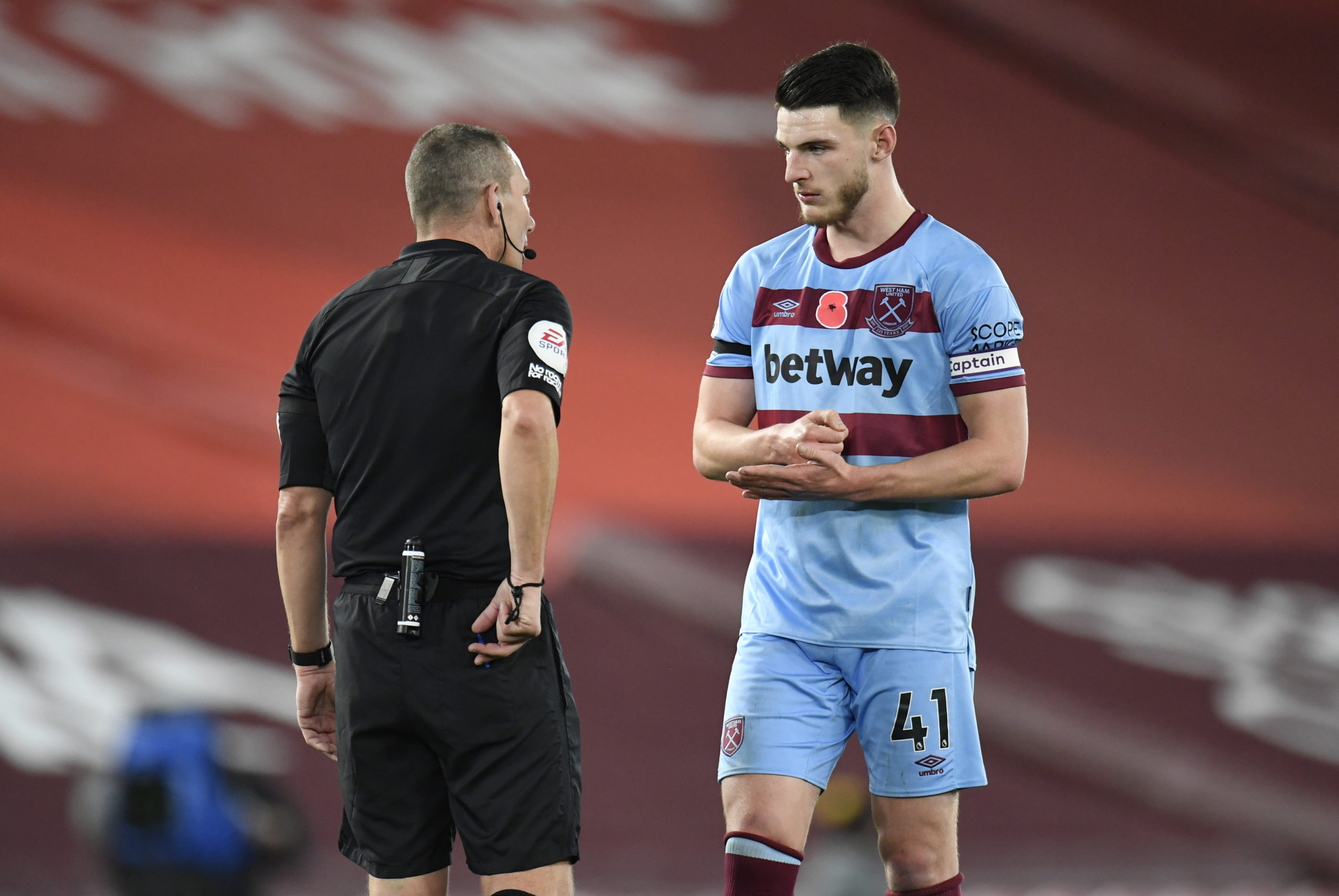 According to The Athletic, Chelsea remain keen on West Ham United midfielder Declan Rice and will attempt to sign him during the January transfer window.

The Blues wanted the 21-year-old during the summer transfer window, but were unable to make an official bid.

Chelsea needed to balance the books first and sell players required to raise the extra funds for Rice having spent in excess of £200 million on Hakim Ziyech, Kai Havertz, Timo Werner, Ben Chilwell and Edouard Mendy, but they were unable to get that done.

West Ham were never planning on selling the England international, though, with manager David Moyes insisting suitors will have to break the bank to have any chance of prising Rice away from the London Stadium.

The Hammers won’t be looking to do so mid-way through the campaign and are looking to hand him a new improved deal.

Chelsea boss Frank Lampard wants Rice as his first-choice holding midfielder as well as a possible option at centre-back, and his side will pull out all the stops to ensure they get their man.

According to The Athletic, the Stamford Bridge outfit lined up two permanent transfers of first-team squad players during the summer, and that would have brought in enough capital to allow them to make an offer for Rice.

However, both deals fell through days before transfer deadline day, forcing them to put things on hold.

Rice has made 106 Premier League appearances for West Ham and currently has four years left on his deal.

He is widely regarded as one of the best in his position in the Premier League and has established himself as a starter for the Three Lions.

Chelsea are hoping their former academy player will ignore any efforts by the Hammers to convince him to sign a new contract, and will hope their offer and the chance to play regular Champions League football will be enough to lure him back to west London.

Should they fail to do so in January, they are likely to return in the summer, and it will be interesting to see whether West Ham can hold on to their prized possession.