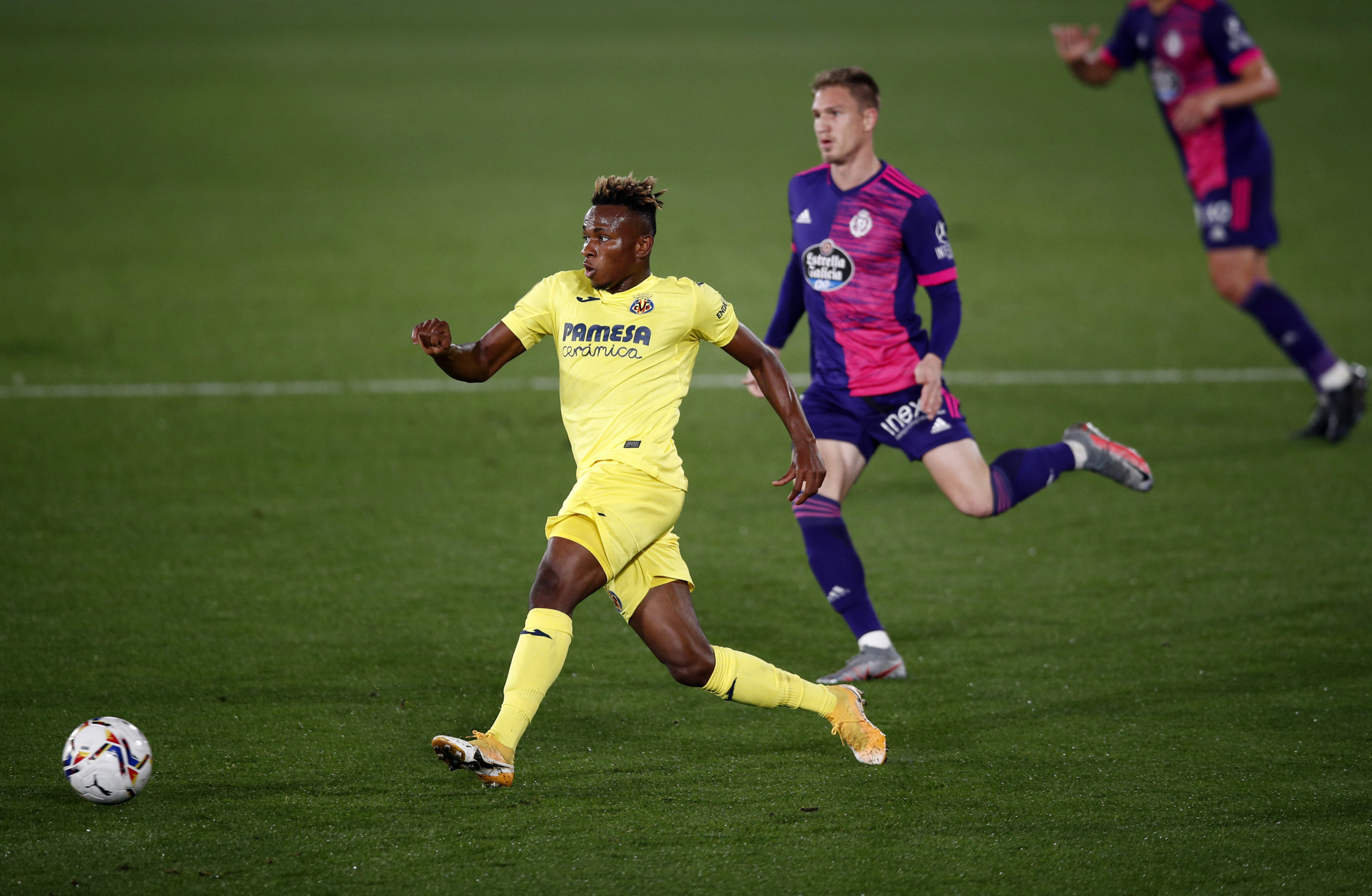 According to 90min, Manchester United are keeping tabs on Villarreal winger Samuel Chukwueze and have joined Chelsea and a host of Premier League clubs in the race for the Nigerian international.

Leicester City and Everton are also keen on the 21-year-old, while the trio of Arsenal, Liverpool and Wolverhampton Wanderers remain interested in recruiting his services.

Chukwueze is open to leaving Villarreal for the bigwigs, and the La Liga side expect suitors to meet his £80 million release clause to have a chance of luring him away from the Spanish outfit.

The speed demon has scored 12 goals in 84 games for the Yellow Submarine since making the grade from their B side, and he has the potential to become one of the best wingers in the game going forward if he improves on his finishing.

Chelsea were watching Chukwueze prior to signing Kai Havertz in the summer, and they remain interested in him due to the uncertainty surrounding the future of Bayern Munich-linked Callum Hudson-Odoi.

Man Utd also want to strengthen their attack given their domestic struggles this term, and they could do with the qualities of the La Liga star.

Wolves see Chukwueze as a potential replacement should Spanish international winger Adama Traore leave in the coming transfer windows, while Jurgen Klopp’s Liverpool have had eyes on him for over a year now.

The Gunners have asked their former star and ex-Villarreal man Santi Cazorla for more first-hand info on Chukwueze, but the Spaniard claimed earlier this year that he still has to take steps forward despite Arsenal’s willingness to sign him as soon as they can.

The left-footed winger won the 2015 FIFA U-17 World Cup and has since established himself as a Super Eagles regular, earning 15 caps and scoring twice, and a move to the Premier League appears to be on the cards.