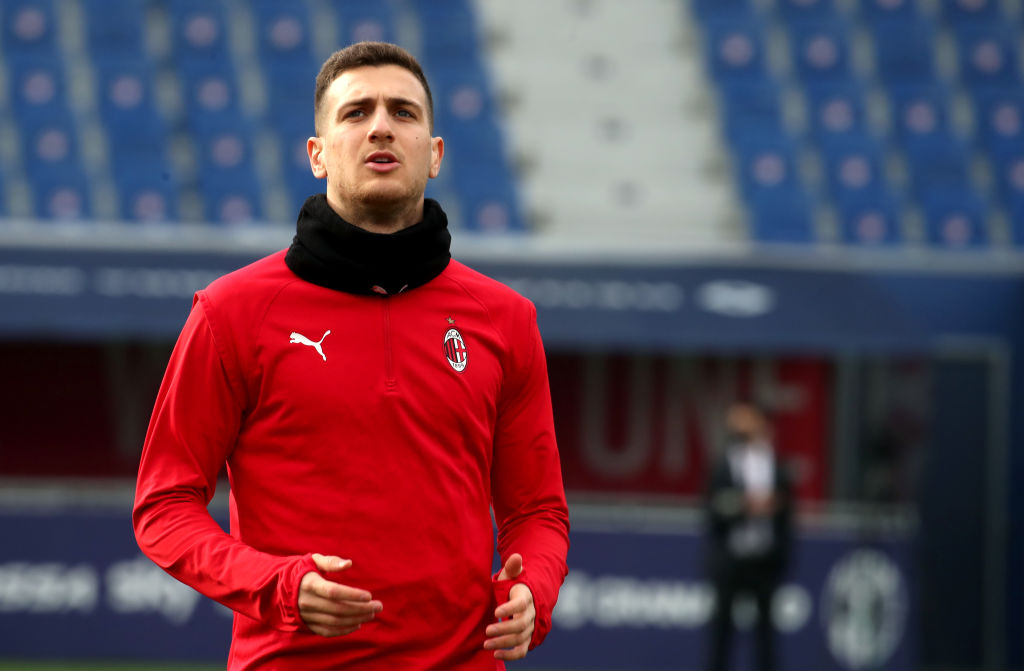 After a nightmare career at Old Trafford – Diogo Dalot could be on his way out of Old Trafford this season, with Everton interested in acquiring his services.

The Portuguese full back is currently on loan at AC Milan, but Ole Gunnar Solskjaer may be keen to keep him, as he stated that Dalot will return to the club when his loan in Italy ends.

Dalot winged in to Old Trafford in 2018, but never really made the grade in Manchester and struggled for game time, making only 20 appearance in his United career.

A new club are emerging as potential suitors for the 22-year-old, and that is Everton.

The Blues are undergoing a transition process with Carlo Ancelotti as he continues to put his own stamp on the squad ahead of a big season next year.

Solskjaer could be happy to let Dalot leave, with Aaron Wan-Bissaka the clubs number one right back, having arrived for £50 million, it’s hard to see him not playing.

So ultimately the decision could lie with Dalot, as he may not want to play second fiddle to Wan-Bissaka and leave Old Trafford in pursuit of first team football in the Premier League.

Dalot played against Manchester United two weeks ago, as the Reds faced AC Milan in the Europa League, with no clause to prevent Dalot from playing against his parent club.

But the question remains, has he done enough to convince Solskjaer moving forward.