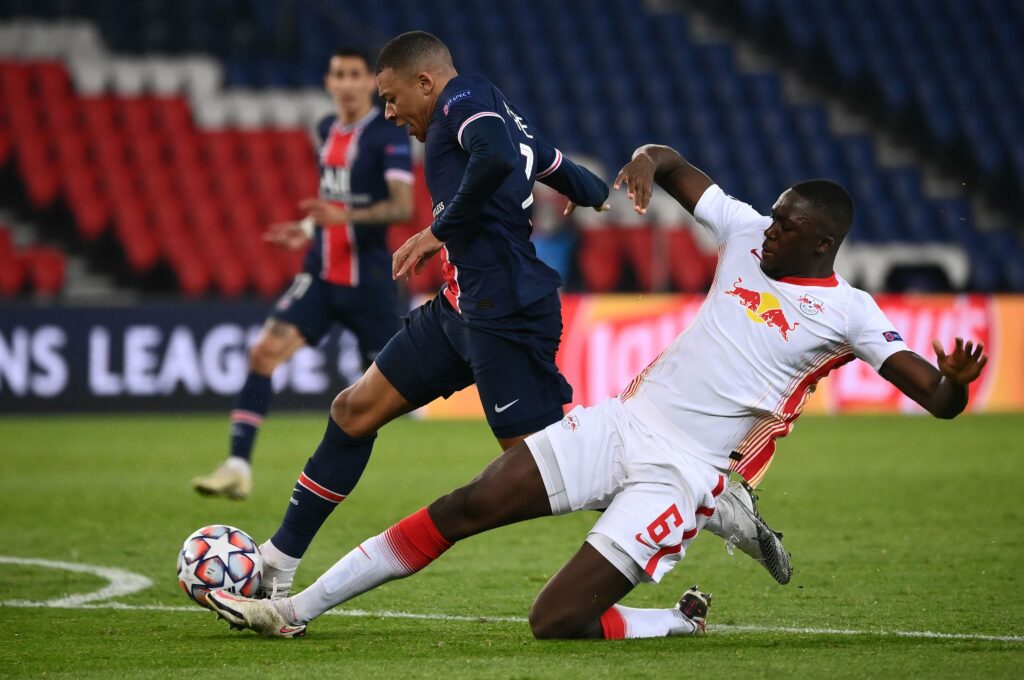 Reports today suggest that Liverpool target Ibrahima Konate could be available for as little as £22 million, with the young Frenchman eager to make the switch to Merseyside.

Jurgen Klopp’s hands have largely been tied at centre half this season, so the arrival of Konate in summer could ease those woes somewhat.

Virgil Van Dijk, Joe Gomez and Joel Matip should all be back to full fitness for the start of next season, while new signings, Ozan Kabak and Ben Davies are settling in nicely.

So it begs the question does Klopp need another centre back?

Undoubtedly, the former Dortmund boss will want squad depth, but at what cost does that come.

It’s no secret that Gomez and Van Dijk are his preferred pairing at centre half, so where does that leave Konate, Davies, Kabak, Matip, Phillips and Williams?

Simply put, he doesn’t need Konate, unless he plans to ship out some of the others.

Domestically, Konate has only played nine games this season for RB Leipzig – missing huge chunks of the season through injury.

And it’s this stat that I’m sure will be eye-catching for Klopp himself.

The last thing he needs is another injury prone defender, who doesn’t guarantee you 30 games per season.

It isn’t just this season either.

Konate only made eight appearances in the Bundesliga last season – again watching most of the campaign from the sidelines.

Defensive reinforcements won’t be top of the shopping list for Klopp this summer, who needs to fix his misfiring front three, who have certainly lost their fear factor this season, despite being formidable last year.