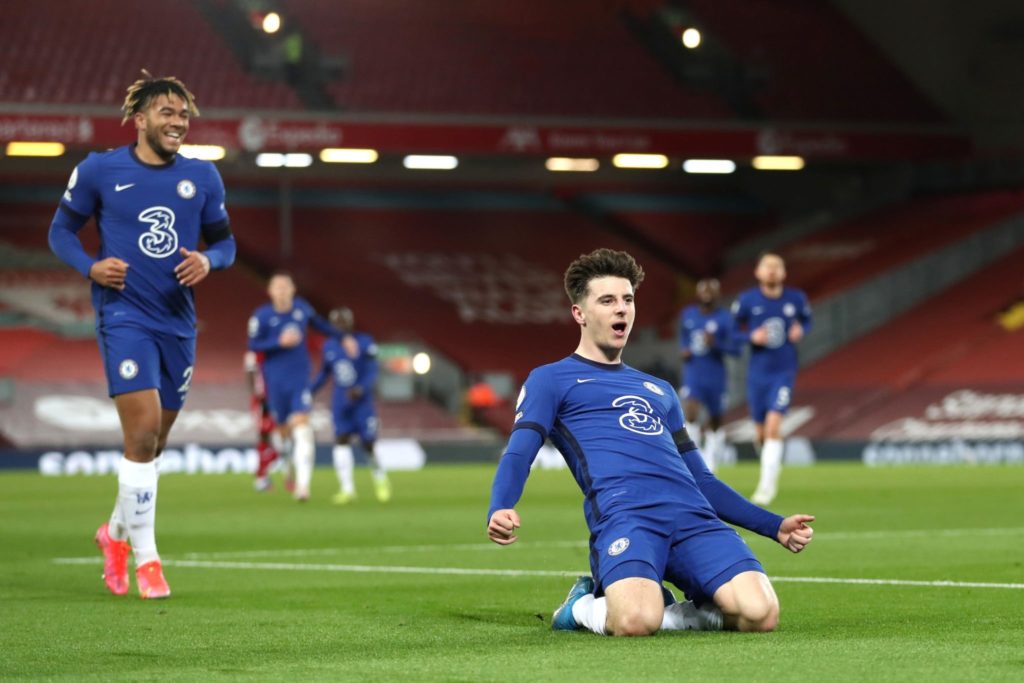 Ashley Cole was waxing lyrical over Mason Mount in the aftermath of their 1-0 victory away at Anfield as he heaped praise on the Academy Graduate.

The former Chelsea man commented on how Mount could well be Chelsea captain next season if his current form continues.

Cole is quoted by the Evening Standard as saying: “Next season he is definitely pushing for the captaincy. For me he is the best player at Chelsea and the first name on the team sheet.”

Mount knows Cole well, from his brief loan spell at Derby County in 2019, where under the guidance of former Chelsea boss, Frank Lampard, Mount began to catch the eye.

He has since earned 13 England caps and established himself as a regular in Thomas Tuchel’s side.

It hasn’t all been plain sailing for Mount during Tuchel’s brief tenure – the 22-year-old was left out of his first Chelsea starting 11 but since then he has stamped his authority on the side and endeared himself as Chelsea’s go-to man.

Lampard handed Mount the armband in his last game as Chelsea boss – perhaps giving Chelsea fans a taste of what was to come.

Mount fired Chelsea into the Champions League places tonight, as his goal was enough to see The Blues, who are now unbeaten in 10, leapfrog Everton who temporarily held fourth spot.

Cole’s praise for Mount was quickly picked up on Twitter, as Chelsea fans were keen to reinforce the accuracy of Cole’s statement.

Ashley Cole: “I’ve watched Mount at Derby and Chelsea and the commitment, the intensity and his quality is amazing. For me Chelsea’s best player and the first name on the team sheet”

That’s some high praise from a Chelsea legend..

Ashley Cole eyes lighting up talking about Mason Mount and singing his praises. He played with him at Derby. After the career he had with the players he played with its time you take notice when Ashley rates him