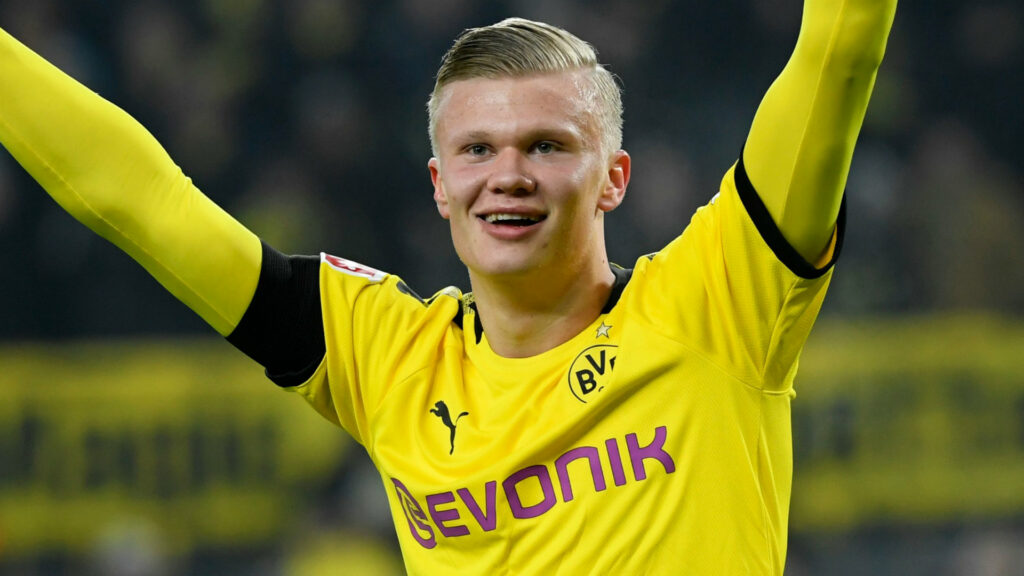 Erling Haaland is potentially the hottest prospect in world football at the moment, with the youngster already establishing himself as one of the leading marksmen and announcing himself on the biggest stage.

The Norwegian has been in sensational form of late, and has scored 21 goals in 21 Bundesliga games this season for Borussia Dortmund – a simply sensational record.

His league record has been formidable without doubt, but it is on the Champions League stage where he has really caught the eye and proved his worth.

The 20 year old has netted 10 goals in six games on the biggest stage, earning rave reviews in the process, as he has played a huge role in firing Dortmund into the quarter finals.

And it is this form which has seen Dortmund slap a 180 million euro price tag on the head of their most prize possession.

Statistically, Haaland is one of the top three players in World Football at the moment, so it’s easy to see why Dortmund value him so highly.

Chelsea are rumoured to be one of the sides interesting in signing the youngster, with the vision of him spearheading their attack as they look to mount a title challenge next season.

Timo Werner was brought into the club for big money last summer, but the German has failed to make the mark so far in England, which could lead Thomas Tuchel to dip his toe into the market.

His Dortmund connections could come in handy, but ultimately it’s hard to see the Blues matching their astronomical price tag.

Although we mustn’t forget, Chelsea spend big last summer, splashing out on Werner, Kai Havertz and Ben Chillwell, so we know they aren’t afraid to spend money – but 180 million could be a bridge too far – even for Roman Abramovich.