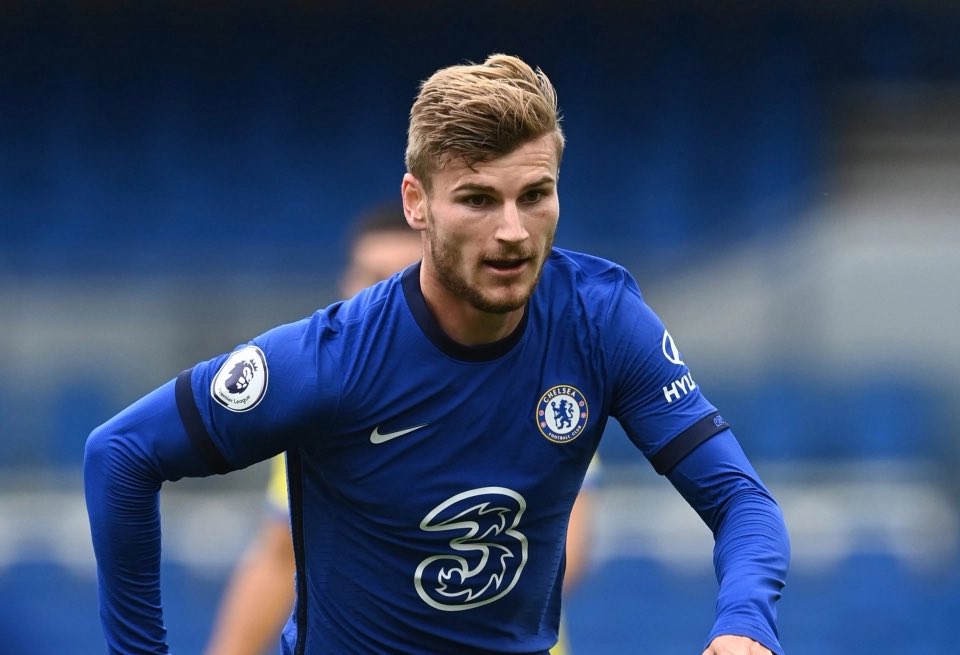 Since Timo Werner’s £47.5 million arrival on West London in the summer, he has struggled to adapt to life in the Premier League.

The German was clinical for RB Leipzig last season, netting 28 goals in the Bundesliga as he was pipped to the golden boot by Robert Lewandowski.

However, he hasn’t been able to transfer his form to the Premier League, having scored just five times so far this season.

Performances haven’t been the problem for Werner, who put in a man of the match worthy display at Anfield on Thursday, and again played well against the blue side of Merseyside tonight – Everton.

Werner came up against an inspired Jordan Pickford tonight, with England’s number one denying the German on several occasions, where he will feel he should’ve found the net.

Among Chelsea fans there is a growing frustration that he isn’t justifying his hefty price tag, and with competition for places at a premium, Tammy Abraham and Olivier Giroud are chomping at the bit to claim a starting place up top.

His German compatriot, and fellow summer arrival, Kai Havertz, has also struggled for form this season, but notched the winning goal tonight, staking his claim for a start at Leeds on Saturday.

With such a heavy price tag on his name, it seems as though Werner is carrying the weight of the world on his shoulders, but that elusive goal to relieve the pressure, continues to elude him – as the criticism from Blues fans begins to mount.

Here’s what they had to say on Twitter after the 2-0 victory over Everton….

Don't even know what to say about Timo Werner anymore. He's never been a clinical forward but some of the chances he's missing…

Mount is the master of dispossessing the opposition but what is wrong with Werner? I mean these misses are now getting a bit too much!!

Werner is playing against us.

All I’m saying is, if Abraham missed those chances…..