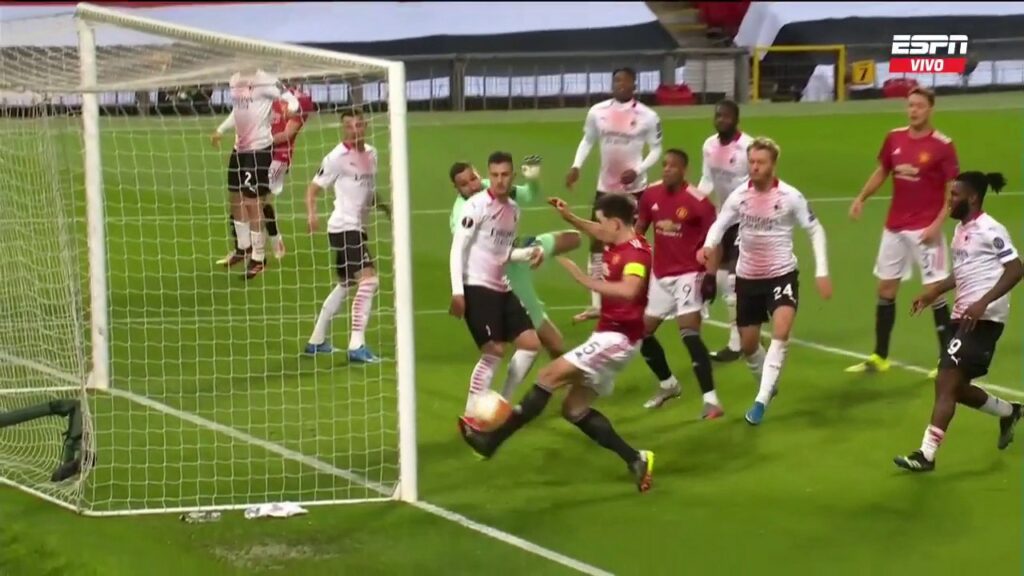 Harry Maguire produced a sensational miss in the first half of their Europa League last 16 clash with AC Milan, sending twitter into meltdown.

Maguire is rated at £36 million, yet the United skipper was unable to find the back of the net from a little over a yard out.

An Alex Telles corner was flicked on by Bruno Fernandes and with the whole goal at his mercy, Maguire was unable to fire his side into a first half lead.

As an £80 million arrival from Leicester City in August 2019, Maguire arrived at Old Trafford with high expectations and largely he has been a solid performer for Ole Gunnar Solskjaer.

Whether he was worth the hefty price tag or not is left to interpretation, but one thing that isn’t, is that Maguire has to bury tonight’s chance.

Dependent on who you ask – Maguire may not be one of the Premier Leagues best centre halves and it isn’t the first time that twitter users have reveled in Maguire’s misfortune.

When a player arrives at a new club and the club in question has paid a sizeable fee to acquire his services, most fans of other clubs want to see that player fail and this is the case with Maguire.

Those fans were out in force tonight on Twitter, as they had their say on a miss Maguire certainly won’t want to see again…

How will we tell our kids that Maguire ended up in the net and not the ball? 🤯 pic.twitter.com/x28kiRSVjm

The only way Maguire and Timo Werner will score successfully 😂#MUNACM pic.twitter.com/g641prE29N

Harry Maguire with the goal line clearance of the season.

How can people not rate him as a defender? Brilliant defending for AC Milan. 👏👏👏 pic.twitter.com/SaNa5Caxgd

Harry Maguire is the most expensive defender in the history of this sport. Do you understand how embarrassing that is for the beautiful game