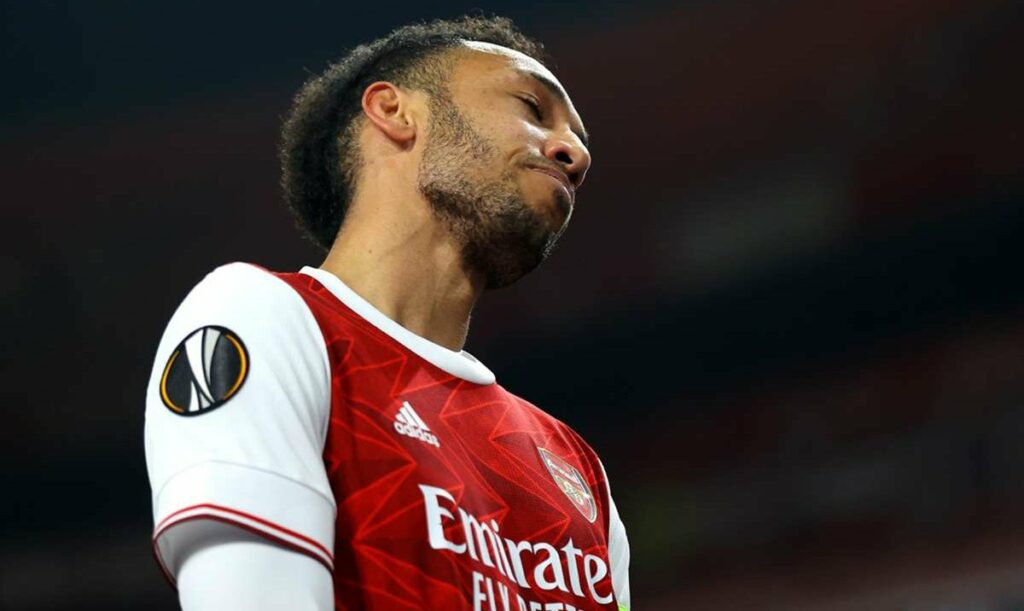 After being dropped from the starting 11 for Sunday’s North London Derby with Mikel Arteta citing “disciplinary reasons”, Pierre Emerick Aubameyang returned to the action last night against Olympiacos.

It wasn’t to be the fairytale return the Gabon international would’ve had in mind, however, as the Gunners fell to a 1-0 defeat.

Despite, losing on the night, Arteta’s side had done enough in Piraeus last week to return to London with a 3-1 aggregate lead, which ensured last night’s defeat was immaterial and they advanced to the quarter-finals.

It was certainly a night that won’t live long in the memory of Arsenal fans, with some really poor performances – none more so than their skipper.

All stats referred to below can be found here!

Aubameyang registered five unsuccessful touches last night which begs the question – was his mind in the game, or was the events of Sunday still lingering in his mind?

A couple of unsuccessful touches you can put down to a bad pass or a bobble in the pitch maybe, but five, and you start to look at the individual in question.

Maybe his head wasn’t quite in the game but still, it’s no excuse for a poor performance.

Aubameyang’s all round team play has never been his strong point so he can be forgiven for the loose touches, but his finishing prowess can never be debated.

But last night even that part of his game was missing.

Four shots and just the one on target – with no key passes.

For someone who carries a lot of the goal scoring burden for Arsenal, it wasn’t good enough and he’s going to have to show great character to bounce back against West Ham on Sunday.