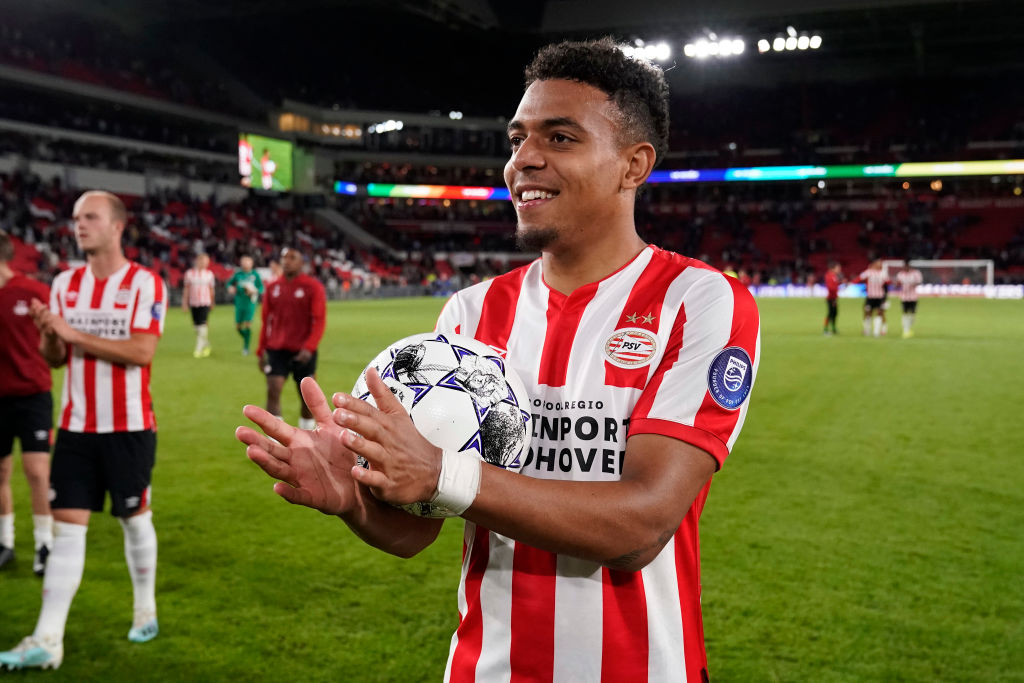 Liverpool’s misfiring front line could be about to get fresh impetus in the form of PSV striker, Donyell Malen according to Voetbal4u.

The Dutchman is valued at £22.5m by TransferMarkt and could bring fresh ideas to a Liverpool front three that has lost it’s fear factor.

Malen scooped the Player of the Month award for February in the Eredivisie, whilst he has notched 14 league goals so far this season.

Whilst Roberto Firmino’s performances continue to be closely scrutinised, it wouldn’t be a surprise to see Liverpool dip into the market as they begin to plan for next season, with this season’s aspirations to retain the title all but over.

The Brazilian has only found the net six times this season and it could be time for Klopp to break up his fearsome front three – with Firmino the first casualty.

Malen came through the youth system at Arsenal but opted for a career pathway similar to that of Jadon Sancho, and decided to move abroad to pursue more first team opportunities, which he has found with PSV.

20 goal involvements in 23 league games gives him an average of 0.87 goals involvements per game, far higher than that of Firmino, who averages 0.41.

Liverpool shouldn’t expect a free run at singing Malen, AC Milan remain interested in the Dutchman, who after impressing in the Europa League, will no doubt be searching for Champions League football next season.

AC Milan are second in Serie A and seemingly a dead cert to be playing amongst Europe’s elite next season, while Liverpool face an uphill battle to secure a top 4 finish.