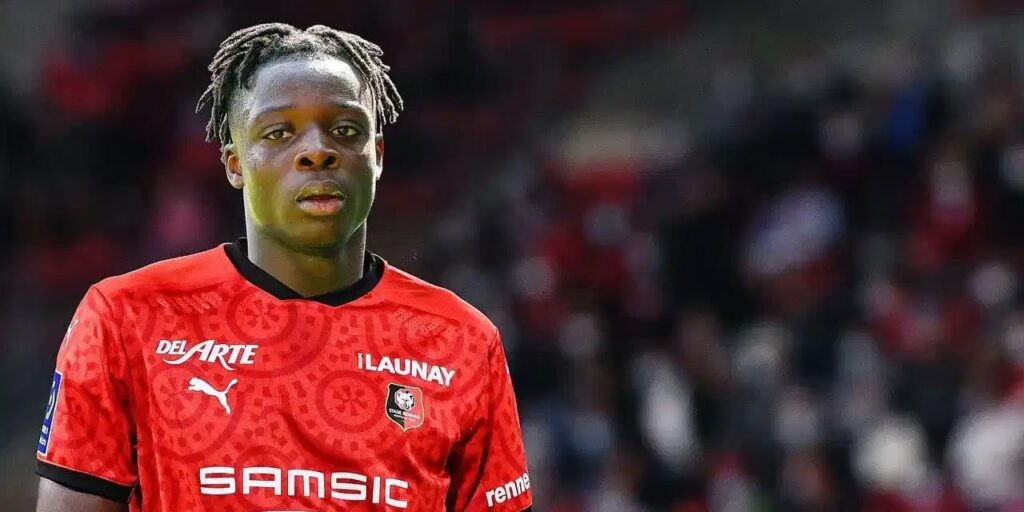 Jeremy Doku has been a long-term target for Liverpool – but could he finally be about to make the leap to the Premier League and join Jurgen Klopp’s side?

If the youngsters comments are to be believed, then yes.

The 18-year-old believes Liverpool will come knocking again this summer, after a potential move last year didn’t materialise, with the youngster instead opting for a move to Rennes.

Despite his own thoughts that he could have done enough to earn a move – the £18 million rated man hasn’t lit up Ligue 1 this season, only notching one goal and two assists.

Stats may not put off Klopp though, with his calculated gambles on Mo Salah and Sadio Mane in particular paying dividends.

It’s no secret that the Liverpool boss will be looking to bolster his front line this summer, with his previously formidable front three losing their fear factor.

Klopps side have mustered 48 goals this season so far, a far cry from the 85 they managed last season.

Amid the loss of key player in defence, a misfiring front line has been equally as costly as in the Reds faltering title defence.

Doku could be the man who Klopp looks like to resolve their attacking woes going into a huge summer transfer window for his side.

While Manchester City will inevitably strengthen and Thomas Tuchel having a summer window to put his own stamp on his side, Liverpool will have a huge battle on their hands again next season as they bid to regain their title.