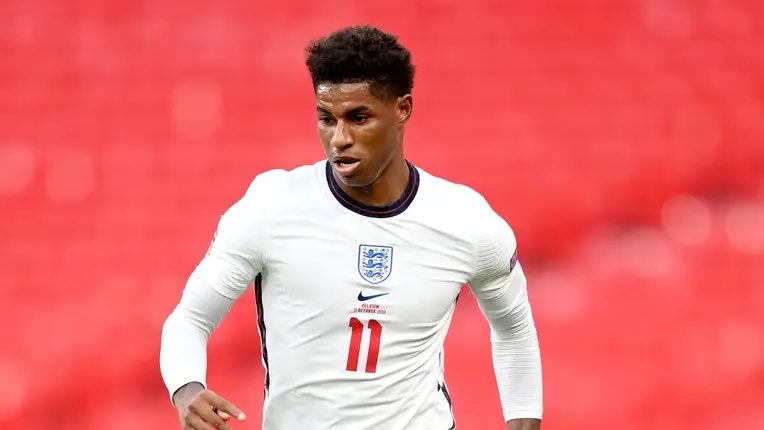 Marcus Rashford has withdrawn from England’s squad ahead of their upcoming games with Albania and Poland.

It comes as a surprise, after the youngster originally linked up with Gareth Southgate’s squad earlier this week before England’s 5-0 thrashing of San Marino last night.

Rashford will now return to Manchester to have his foot assessed and potentially undergo a rehabilitation programme in the hope to get him fit for next weekend’s return to Premier League action.

Ole Gunnar Solskjaer’s side play hosts to Brighton on Sunday 4th April as they look to cement a spot in the top four, with the chasing pack breathing firmly down their neck.

United are currently eight points clear of fifth placed West Ham, but Reds fans will be under no illusions that in the Premier League things can change very quickly.

Rashford has been a key to United’s success this season.

His pace on the break makes him a valuable asset to Solskjaer, as he fits his counter attacking style perfectly.

He can play through the middle or out wide if necessary and he certainly isn’t work shy, with Rashford happy to do the ‘dirty side’ of the game.

Solskjaer is fortunate he has a wealth of talent to depend upon in case of an injury, with Mason Greenwood on standby if needed.