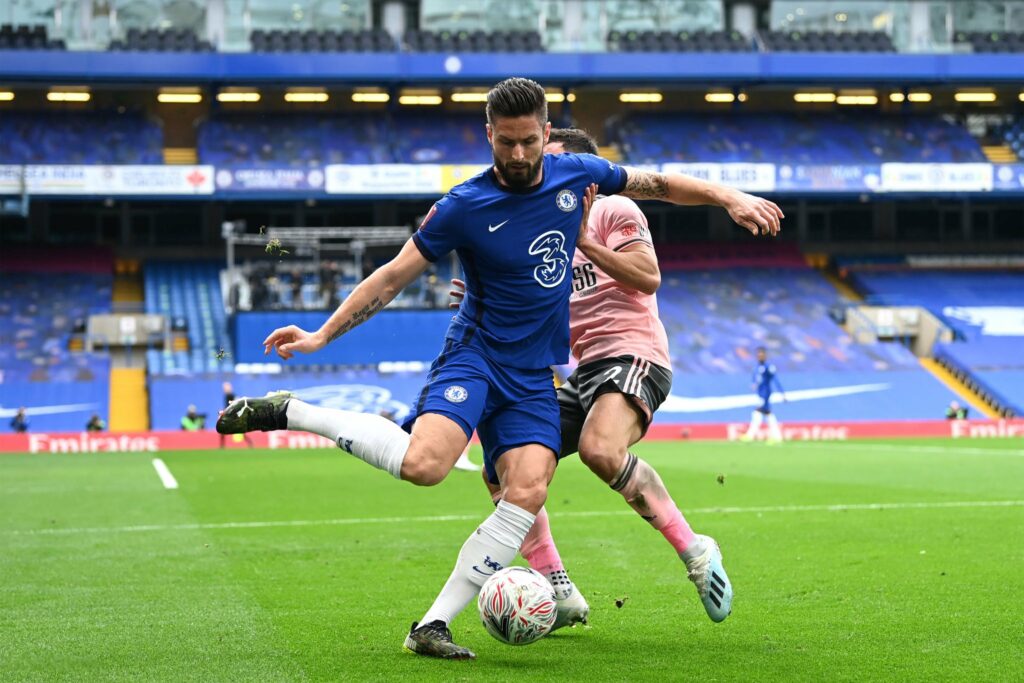 One of the leading debates amongst Chelsea fans is who starts when all their strikers are fit and available?

Thomas Tuchel is blessed with three top class striking options in Timo Werner, Olivier Giroud and Tammy Abraham, with the latter of the trio yet to start a game under the German.

It would appear at this moment that Werner and Giroud are the leading names, and that it will be one of those two who is a regular starter, but who do the stats suggest that should be?

All stats are taken from the Official Premier League Player Comparison tool which can be accessed here.

First and foremost, the stat that matters – goals scored.

One the face of it, this would go to Werner who has five league goals to his name this season, as opposed to Giroud’s four, but when you dig deeper, the waters become muddier.

Giroud’s four goals come in the space of 14 games, giving him a strike rate of around one goal every three games, with six of those being substitute appearances, making his record even more eye catching.

As for Werner, his five goals came in 28 games, in which he has started 23, leaving him with a strike rate of around one goal every six games, almost double that of Giroud.

However, when you take into account assists and get stats for goal involvements, you can see that with Werner’s five assists, it brings his goal involvement to around one in three games, the same as Giroud.

The most alarming stat, and the one that stands out is Werner’s 16 big chances missed this season.

It’s something he simply has to improve on going into next season.

Overall, on the balance it would appear that Werner has a bigger impact on the team than Giroud does, but it is undoubted the impact the Frenchman has on the side and his goal scoring record is impressive.

But Werner just brings more to the table in terms of all round team play and eclipses Giroud in his team play stats, which would explain why Tuchel loves to play him from the left.

There is potential to get the pair of them on the pitch at the same time, but currently Tuchel is persisting with his false nine system that has suited his side well so far.