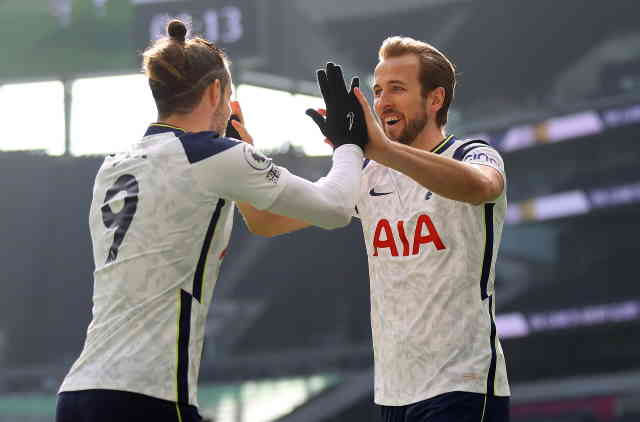 Tottenham Hotspur have a quick turnaround from Thursday’s 1-0 win at Fulham to hosting Crystal Palace on Sunday.

Jose Mourinho’s side remain in London for a fourth successive match so there will be no jet lag for the visit of the struggling Eagles this weekend.

Back-to-back victories for Spurs puts them back in top four contention and another victory this weekend could get them even closer.

Tottenham head into the weekend with virtually a full fit squad for the manager to pick from. Giovani Lo Celso is the only absentee to Mourinho.

Roy Hodgson will have to make do without a number of his first team players. As a result Tottenham are the odds on favourites this weekend. Meaning you’d get much better returns with no account casinos than backing a football team at such short odds.

Wilfried Zaha missed the midweek game versus his former club but could be back for the trip to North London.

Jeffrey Schlupp made his return from the bench versus Manchester United, so will be available to face Spurs on Sunday.

Having played midweek and with a limited squad available will make it extra difficult for the visitors to get anything away to Tottenham.

Gareth Bale is hitting form at the right time, whilst Harry Kane and Son Heung-Min make for a lethal front trio, supported by Dele Alli.

Successive clean sheets show they’ve tightened up their defence too, whilst this weekend’s visitors have failed to score in any of their last two.

Crystal Palace have actually kept two successive clean sheets – 0-0s at home to Fulham and Manchester United, but I would be surprised if they got anything from their visit across London this weekend.

Crystal Palace may have had an additional 24 hours’ rest and preparation for this game but Roy Hodgson’s side are severely handicapped with injuries, limiting their opportunities to rotate.

They are also 11 points above the relegation zone so not too much to play for here on out, whereas Tottenham are keen to win every match for the next couple of weeks to put them in a good position to qualify for next season’s Champions League.

Victory is what we are expecting this weekend and the bookmakers have similar thoughts.