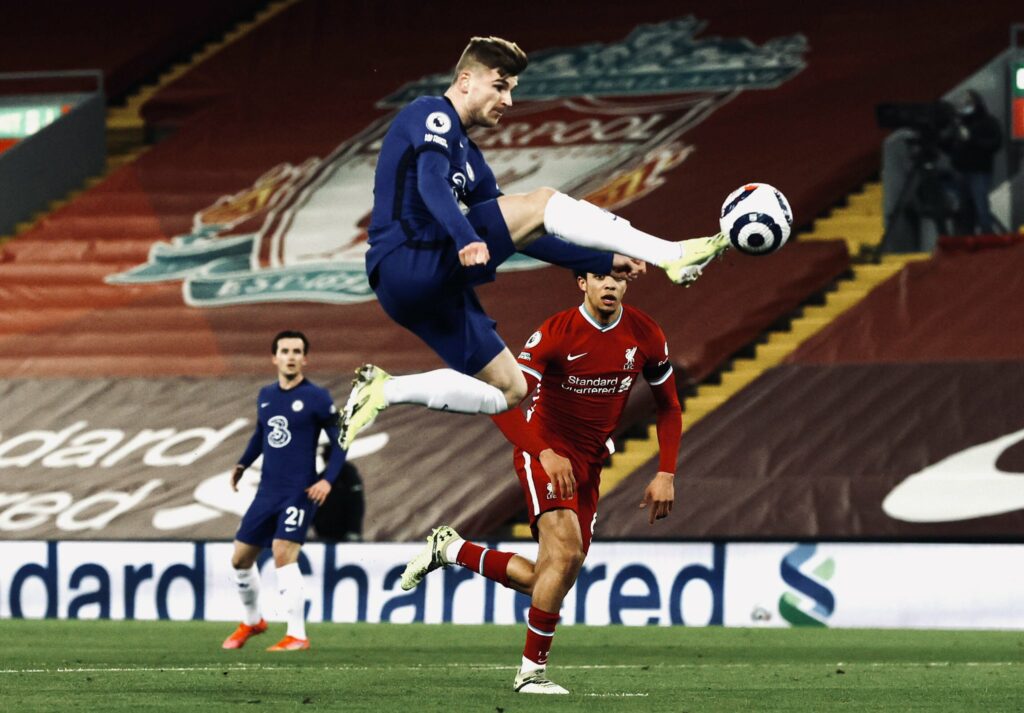 Timo Werner missed a plethora of gilt-edged opportunities in last nights’ 2-0 victory over Everton, extending his baron run in front of goal.

The £63 million rated man has netted just once since November, with that goal a scuffed finish against Newcastle last month – not that it will matter to Werner how it crossed the line.

Werner arrived in West London with high hopes, that alongside his German compatriot – Kai Havertz – he would be pushing for the golden boot and fire Chelsea towards a title challenge.

As it’s happened, Chelsea parted ways with Frank Lampard whilst they were tumbling down the table and appointed Thomas Tuchel.

A revival is well and truly under way at Stamford Bridge, with the Blues 11 games unbeaten under Tuchel and in pole position to claim a top four spot.

And it comes back to that word – “revival” – which is what Werner himself needs.

The German has missed 16 big chances so far this season – the most of any player in the Premier League.

For Chelsea to go to that next level and push the likes of Manchester City, they need someone to be there to take those big chances and Werner isn’t that man at the moment.

However, Werner’s baron run could just be attributed to form.

Last season he only missed 15 big chances in the whole season, one less than after 27 games this season – which would indicate that his form could just be temporary and that maybe we’ll see the best of him next season.

It begs the question though, has he done enough to persuade Tuchel that he is the man to spearhead the Chelsea front line next season.

The former PSG boss will undoubtedly be looking to put his own stamp on the squad in the summer and Werner could well be one of the casualties if his form doesn’t improve.