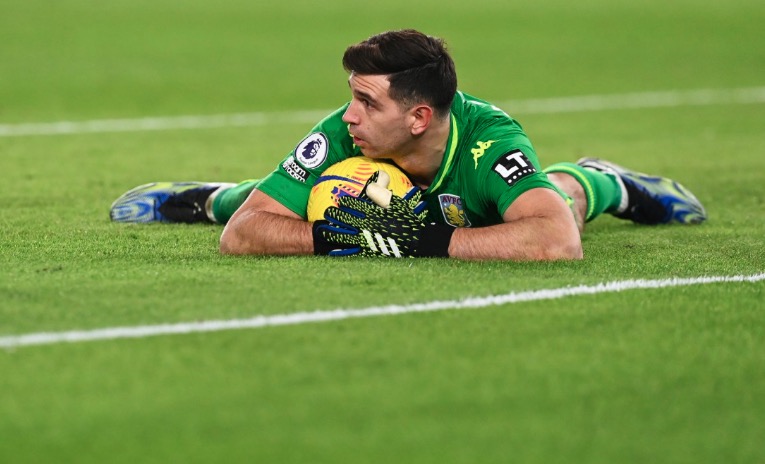 After another slip up from Bernd Leno last night during Arsenal’s 3-1 victory to Olympiacos, the question remains, did Mikel Arteta let the wrong goalkeeper leave in summer?

Emiliano Martinez was a £20 million casualty in Arteta’s summer clear out at the Emirates, which saw a number of high profile stars depart for pastures new.

However, it was the departure of Martinez which caused the biggest stir.

The Argentine had come into a struggling side post-lockdown and really impressed, producing a series of eye catching performances and keeper three clean sheets in his nine Premier League appearances.

It was maybe a shock when he departed to Villa, but in Leno, Arteta feels he has someone who is versatile enough with his feet to play the way he wants too – but is Martinez not like that too?

Let’s take a look at the stats.

All stats are from the Official Premier League player comparison which can be found here!

As far as ‘footballing’ sides go – Aston Villa are up there in the Premier League.

They play a brand of football that is easy on the eye and this is reflected in Martinez’s stats, both him and Leno have made 26 appearances in the league this season and Martinez has completed 786 passes, higher than Leno’s 777.

This lay’s to bed the theory that Martinez can’t play with his feet – while he was in fact brought into Aston Villa as the keeper who was more comfortable playing out from the back that Tom Heaton.

Leno has a higher pass completion rate than Martinez, with the German coming in at 78.12% as oppose to the Argentine’s 61.7%.

However, this could be explained by the fact Martinez has played 532 forward passes, far higher than Leno’s 365, which indicates he is playing a much riskier brand of football compared to Leno’s more conservative passes.

Coming to the actual goalkeeping – Martinez boasts almost double to amount of clean sheets Leno has, with 14 to the Arsenal mans eight.

Villa have a settled, secure back line in front of Martinez which could potentially explain that, although Villa’s number 1 has produced some incredible saves this season.

Notably, and this could be the biggest of all stats that highlights the gulf between these two excellent keepers – is the amount of high claims.

Martinez has claimed treble the amount of high balls Leno has, with 34 to his name this season.

Ask people who’ve played the game and for a back line, the keeper claiming crosses and taking the pressure off the back line is a huge relief.

It would indicate that Leno is glued to his line and it increases the reliance on a fragile Arsenal back line to make the first contact on the cross.

Overall, the stats would almost certainly indicate that the Gunners have let the wrong man go!