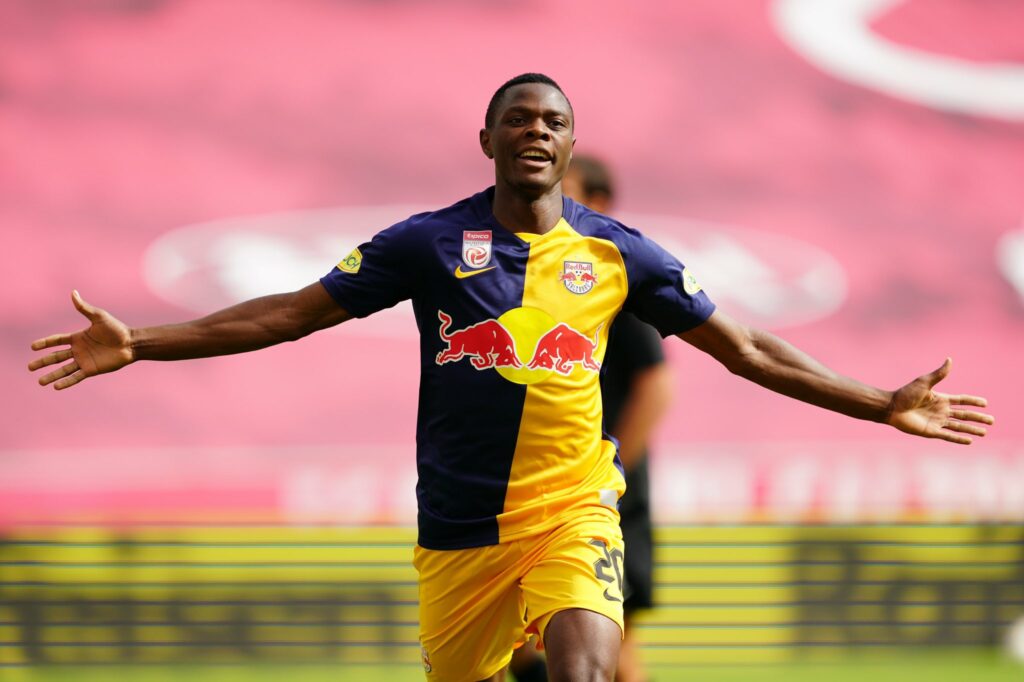 The Zambian international is valued at £18 million, but it is believed that Salzburg will accept an offer in the region of 20 million euros.

Daka’s record in the Austrian Bundesliga is formidable and will leave most fans speechless.

The 22-year-old has netted 20 times in 18 games in the league – a quite remarkable record for a young man who is set for a huge move in the near future.

Daka averages a goal every 63 minutes – a simply incredible record, that no one in the Premier League comes close to rivalling.

I can hear the most sinister of football fans in the background telling me that the Austrian Bundesliga is a farmers league.

But everyone has to ply their trade somewhere, and Daka is certainly doing himself no harm in earing a big-money move abroad.

Manchester City also hold a passing interest in the Zambian, and with the exit of Sergio Aguero looming large, and a misfiring Gabriel Jesus, Pep Guardiola could dip his toes into the market this summer.

The most likely destination for Daka at this moment would appear to be Liverpool.

Jurgen Klopp’s side have struggled this season and look set to miss out on Champions League football, which could prompt the charismatic German to break up his formidable front line.

Whilst Manchester United could be seeking a replacement for Edinson Cavani – with speculation surrounding the Uruguayans future at Old Trafford.