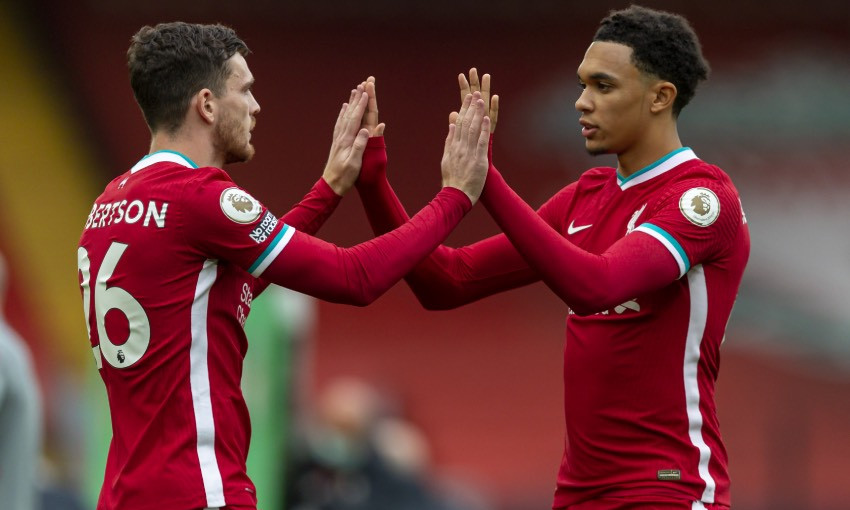 Liverpool have struggled in front of goal this season, scoring a little over half as many as they scored last season, as successive Premier League titles have been a step too far for the Reds.

Defensive injuries have almost certainly played their part, with Virgil Van Dijk having been sidelined for most of the season, along with Joe Gomez and Joel Matip.

Whilst injuries have played their part, the players who have been fit have failed to deliver on the same level they did last season and that axe largely falls on the attackers.

This season Liverpool have again relied on their fullbacks to create the lions share of their chances, with Andy Robertson and Trent Alexander Arnold again leading the way in terms of big chances created for the Reds.

Robertson has created nine big chances for his teammates this season, while Alexander Arnold has eight.

But when you compare this with Alexander Arnold’s 19 last season Robertson’s 14, it’s clear to see they’re well off the mark.

Perhaps the biggest problem Liverpool have is the lack of creativity from midfield.

The only player from Liverpool’s midfield to feature in the top 100 of players who have created big chances is Jordan Henderson.

Thiago arrived in the summer but hasn’t had the desired effect and perhaps hasn’t settled in properly and we will see the best of him next season.

It proves the reliance Liverpool have on their full backs to create chances for the front three to put away.

Mane, Firmino and Salah all feature in the top 100, but all of their numbers are well below the heights they set last season.

Perhaps a creative midfielder will be high on the agenda for Klopp next season as he looks to reignite his attacking force.