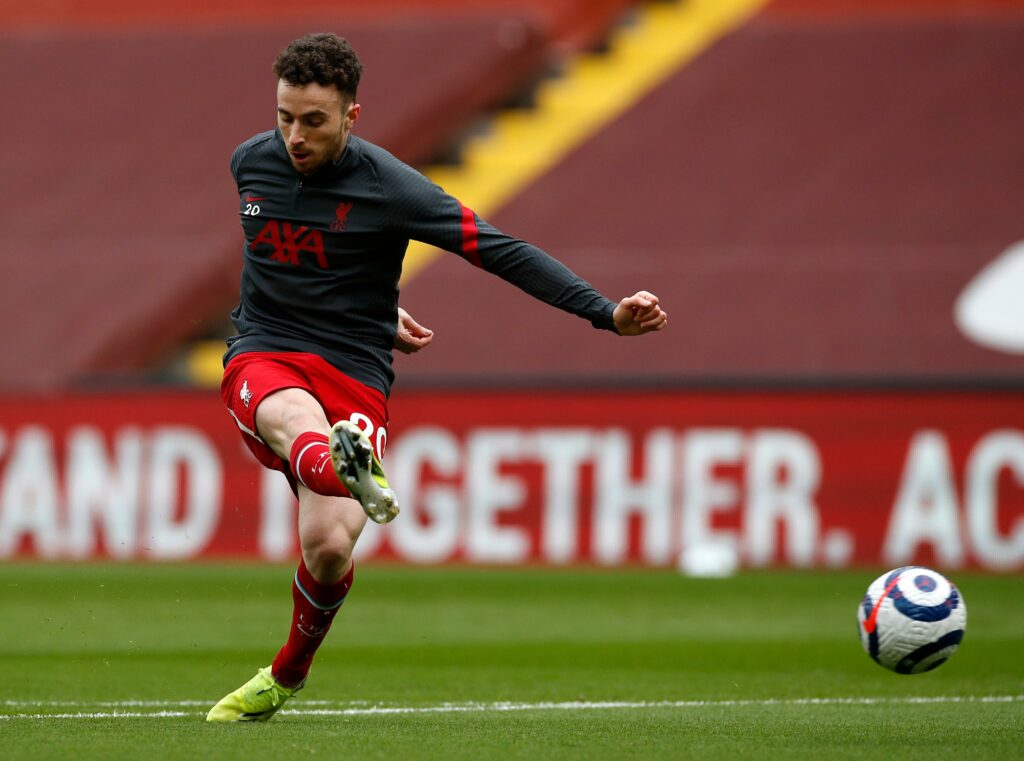 Liverpool lock horns with RB Leipzig tonight with the Reds looking to make amends for their poor Premier League form and give their fans something to shout about in Europe.

The six times winners hold a 2-0 lead going into tonight’s clash courtesy of goals from Mo Salah and Sadio Mane in the first leg.

The Reds have been plagued by injury this season which has disrupted their title defence, with Virgil Van Dijk and Joe Gomez missing most of the season, whilst injuries for Fabinho and Jordan Henderson have left Jurgen Klopp void of options in defence.

A front three of Salah, Mane and Firmino, which has been so formidable in recent years, has been misfiring this season and with the latter mentioned of the three missing for tomorrow nights tie, it should give Diogo Jota a chance to show what he is about – in a competition where he has thrived this season.

The Portuguese international has four goals in six Champions League appearances, including a hat-trick against Atalanta.

Jota, who is valued at £36 million, is another to have been on the Anfield injury table long term, and only made his return to the starting XI in Sunday’s defeat to Fulham.

The former Wolves man provides Liverpool with versatility and the ability to play out wide or through the middle, which in turn means that Mo Salah can also play as a number nine if need be, something Klopp has done on several occasions.

The element of flexibility is something that Jota brings differently to Firmino, who is a stereotypical back to goal player.

With Liverpool knowing Leipzig have to come out and chase the game, the pace on the counter with Jota, Mane and Salah would give Liverpool that outlet ball that they so desperately crave when they’re on the back foot.