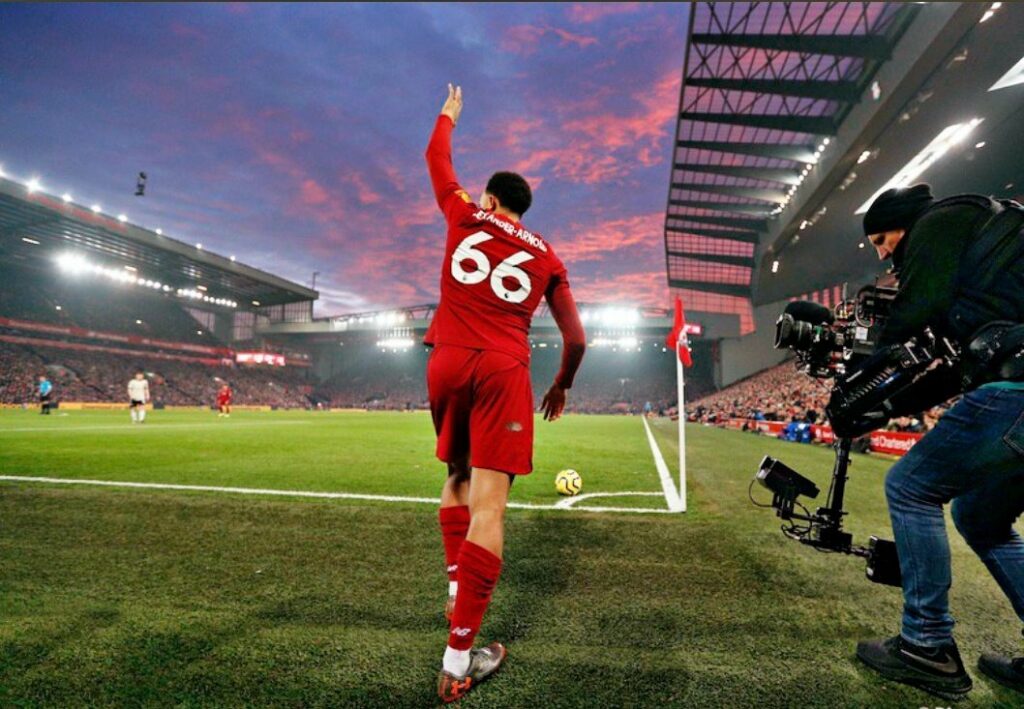 Despite having 12 caps to his name, the Premier League’s assist king from last season, Trent Alexander Arnold, has never assisted a goal for the Three Lions.

The 22-year-old was dropped from Southgate’s squad for England’s upcoming games, with the England boss citing a drop in form as the reason for his exclusion.

His replacement, Reece James, has beaten his assist record in a matter of 20 minutes in tonight’s 5-0 thumping of San Marino.

The Chelsea full back provided a pin point cross for Dominic Calvert-Lewin to rise highest and nod home England’s second on their way to claiming all three points.

It was James’ first assist in and England shirt, taking him five appearances to hit that milestone, whilst on his 12th, Alexander Arnold is still chasing his first one.

The high-flying Liverpool man has suffered this season, falling massively below the performance levels he displayed last year.

Perhaps he has suffered as a consequence of Liverpool’s defensive woes and not having a regular partner alongside him.

As for James, he seems to be Southgate’s go-to man at right back and could well be the one who gets the nod at this summers Euro’s.