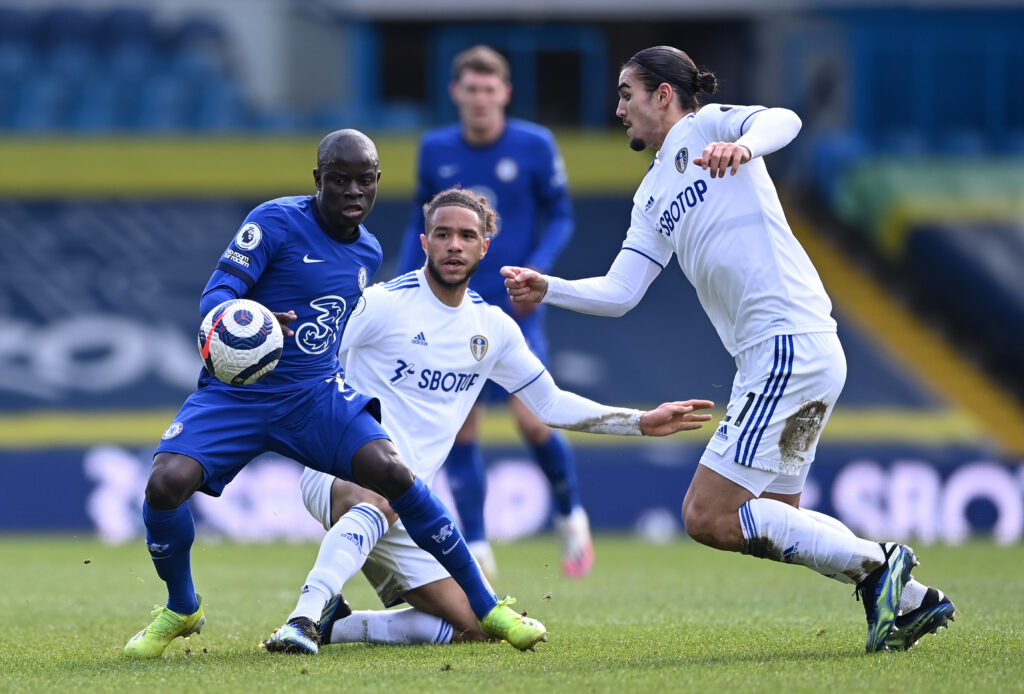 Perhaps one of the most under-appreciated players in the Premier League – Ngolo Kante’s sensational performances often go under the radar, but not today.

The 29-year-old produced a man of the match performance in todays 0-0 draw against Leeds United, with his first half performance in particular leaving Blues fans purring.

Kante struggled to influence the side under Frank Lampard at times playing in a midfield three – he was often forced out wide.

But under Thomas Tuchel, and playing in a midfield duo, Kante has come into his own and we are starting to see performances on the level that earned him a move to Chelsea.

Kante took the Premier League by storm in 2016 and Leicester romped to the title, with the Frenchman at the heart of their success.

In his first season at Chelsea he ensured he won back-to-back Premier League titles, with Antonio Conte’s side claiming crown in 2017.

It won’t be the title this season for Chelsea – their eyes are firmly fixed on the top four.

The Blues are unbeaten in 12 games under Tuchel, but lost ground in the race for the Champions League spots at Elland Road today, with their competitors to play later this weekend.

It’s undoubtedly two points dropped for Tuchel’s side, but the manner of the performance will certainly have pleased him and it extends his unbeaten run.

The one performance that caught Chelsea fans eyes though, was that of Kante.

-hectic start to the game, could’ve easily been 2-0 down or 2-0 up
-credit to the CB’s who’ve dealt with Leeds pretty well
-Kanté masterclass
-Ziyech doesn’t look sharp
-Havertz & Pulisic started well, need to get them involved more
-Hudson-Odoi needed imo

N'Golo Kante in the first half against Leeds:

Conor Gallagher’s future with Chelsea was up in the air this summer after his loan spell at West Bromwich Albion. The 21-year-old spent last season…