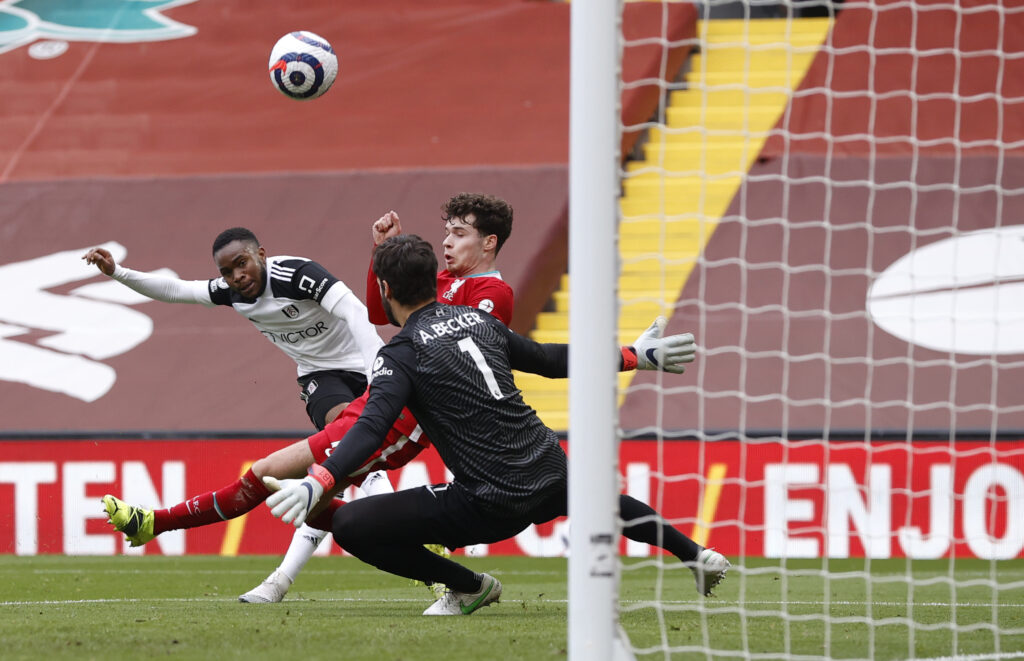 Neco Williams has found first team opportunities hard to come by at Anfield, largely due to the incredible form of Trent Alexander-Arnold.

But today, the young Welshman was presented with a rare chance to show Jurgen Klopp that he has pushing the out of form Alexander-Arnold for a starting place.

However, Williams didn’t cover himself in glory, and was given a torrid time by former Everton man, Ademola Lookman, as Fulham stunned Liverpool and became the sixth successive team to leave Merseyside with all three points.

Mario Lemina struck the only goal, to put another nail in the coffin of Liverpool’s Champions League ambitions.

Williams himself has just 10 first team appearances for Liverpool, so his poor performance today will perhaps be a learning curve for him, but Liverpool fans are certainly unforgiving.

This isn’t the first time that Williams has caused a stir on twitter, poor performances in prior appearances have led to his name being somewhat tarnished amongst the Liverpool faithful.

Fulham had clearly set out to target Williams down the left hand side, with the majority of their play coming through Lookman, who was certainly a contender for man of the match.

It wasn’t all doom and gloom for Williams, he made a lung busting recovery run to deny Lookman in the first half, a rare high point in an otherwise somewhat disappointing afternoon for the youngster.

He certainly caused quite a stir on social media after the game, with reds fans quick to highlight his poor performance today.

This is going exactly as I thought it would.. has a draw or a Fulham win written all over it.
Side note – Neco Williams is the worst player I’ve ever seen play for Liverpool

Neco Williams gives me hope that I could one day play at RB for Liverpool.

Neco Williams is so far below the required level it's impossible to even find words to to describe how bad he's been here.