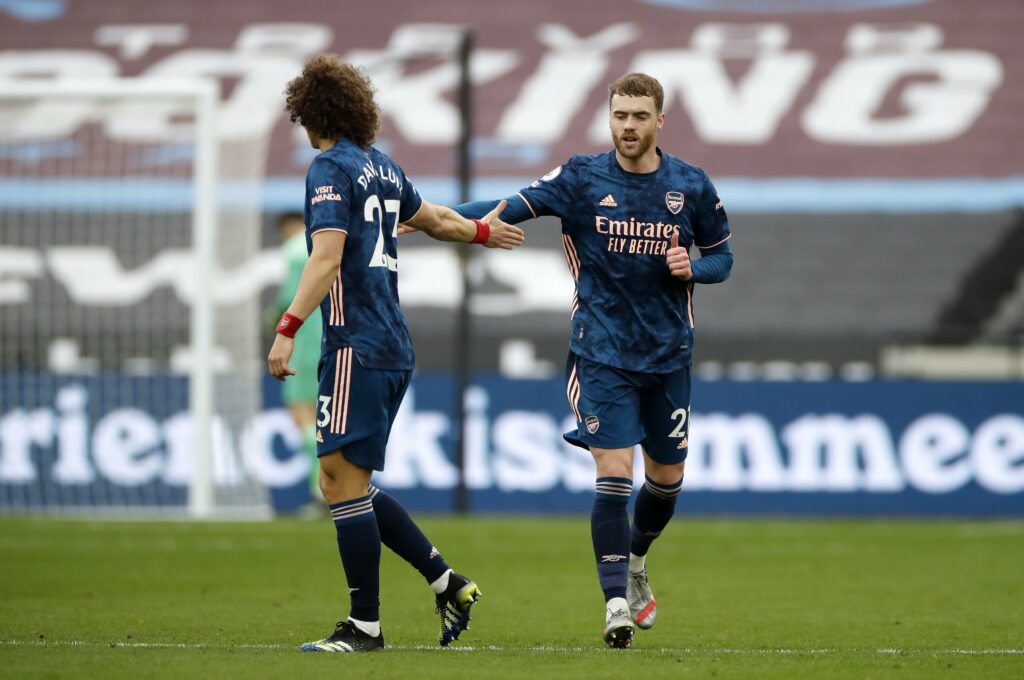 Calum Chambers has been brought out of the cold at Arsenal in recent weeks and produced a man of the match performance in Sunday’s thrilling come back against West Ham.

The 26-year-old has endured a couple of Premier League loan spells with Fulham and Middlesbrough respectively, but never did enough to prove himself worthy of a starting spot upon his return.

Despite playing in numerous different positions, including centre back and holding midfield, he now looks to have found a home at right back in Mikel Arteta’s side.

His performance in Sunday’s 3-3 draw with West Ham should be enough to see him solidify a starting spot in Arteta’s team in their first game back against Liverpool after this months international break.

It’s only Chambers second appearance in the Premier League this season, with his other coming against Burnley at the beginning of the month.

Chambers ruptured a cruciate ligament which saw him sit out most of the first half of the season, but he has been fit since December, yet struggled for gametime.

It begs the question, just how highly does Arteta rate him?

Highly enough to start him, and with Hector Bellerin’s dip in form, it has been an opportunity to thrust Chambers in at the deep end and see how he handles it.

He may have passed Sunday’s test with flying colours, but Arsenal fans still aren’t convinced.

Been at arsenal for nearly 7 years shows glimpses of greatness but never consist. Injury prone and no one knows his best position. Went out on loan twice got relegated twice. Should of been sold long ago

Our fanbase is embarassing somethimes he would not get near the City bench but he is good enough for us. No wonder we are in a free fall as a club

Naa stop hyping up average players. He had one good game in years in between injuries. We have seen this story already another 3 years before another good game, sell immediately.

Nahhhh behave. One good game and you guys label your players like this 😂😂😂 This is why people say Arsenal are Banter FC