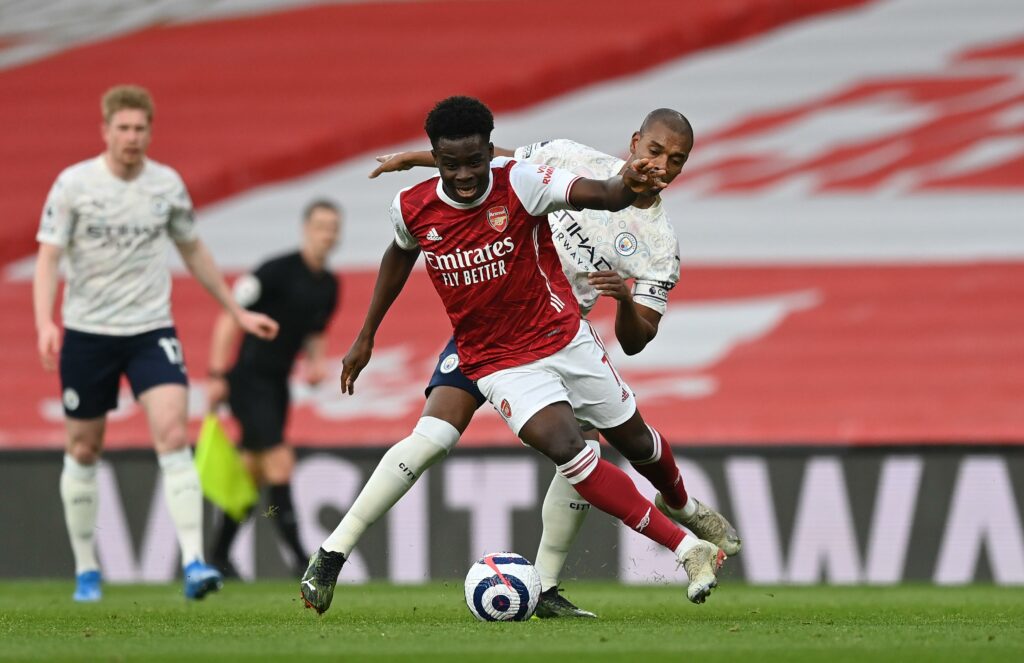 After his withdrawal from the England squad, Bukayo Saka is set to sit out of Arsenal’s crunch clash with Liverpool on Saturday night.

Saka fell foul to a hamstring injury he has been nursing for a while, but joined up with the England squad in the hope of playing some football but it didn’t transpire.

It now seems even Saturday will be too soon for Saka, with Mikel Arteta confirming he is yet to train with the side as we approach the business end of the season.

Arsenal face an uphill battle in their quest for European football next season, but Saturday is a great chance to lay down a marker against the current Premier League champions.

Arteta’s side have the chance to close the gap to seventh placed Liverpool to just a single point on Saturday, putting real pressure on Klopp’s side who face a very real prospect of missing out on European football next season.

The Gunners are nine points adrift of Chelsea in fourth, and closing that gap with nine games remaining appears extremely unlikely, but that will no doubt be the ultimate goal for the rest of the season.

It’s not all bad news for Arsenal fans, as Martin Odegaard has recovered from an injury on international duty in time to play on Saturday.

But Emile Smith Rowe faces a late fitness test after sustaining a knock whilst away with England U21’s.