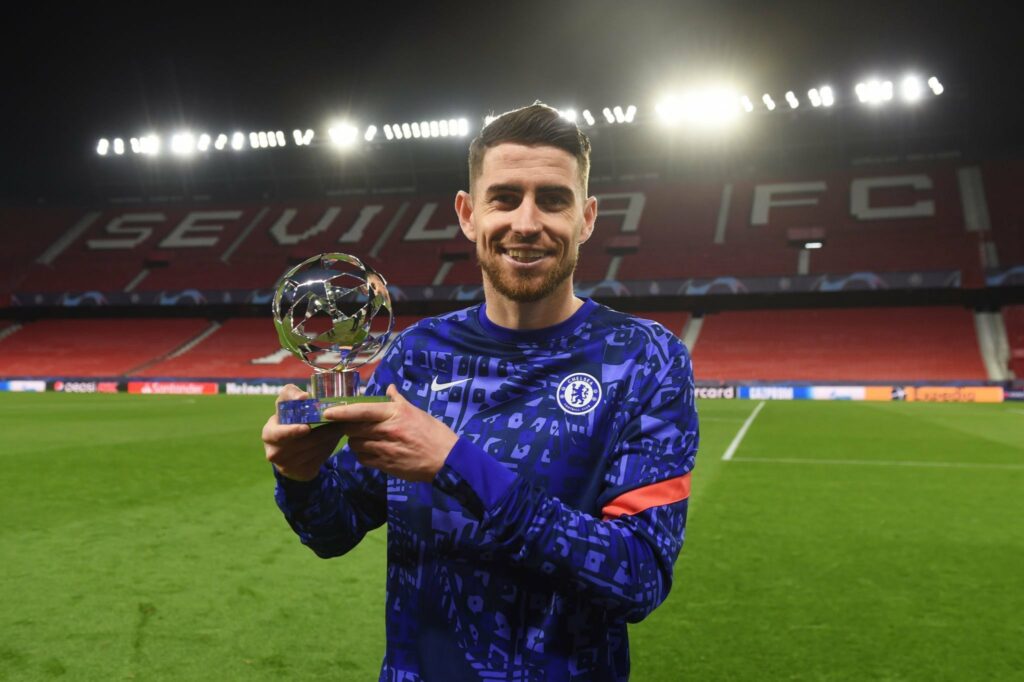 Chelsea advanced to the semi-finals of the Champions League last night, as they ran out 2-1 aggregate winners over Porto, setting up a tie against Real Madrid or Liverpool in the next round.

The winner of that tie will be decided tonight, as the two European Giants lock horns at Anfield, with Thomas Tuchel no doubt an interested spectator.

Despite losing on the night to a spectacular Mehdi Taremi overhead kick, Tuchel’s side were comfortable over two legs are deservedly made it through to the semi finals.

One man who has taken a fair chunk of stick from Chelsea fans in the last year or so, is Jorginho, but last night he put in a man of the match worthy display, and proved why the former Dortmund boss loves him in his side.

The Italian made eight successful tackles last night, the most any Chelsea player has made since Ngolo Kante against Barcelona in 2018.

This side of his game has never been in question, in fact his off the ball attributes are arguably one of the best at Chelsea, but it is generally in possession where he hasn’t caught the eye.

But last night, he showed exactly what he is capable of in possession of the ball.

His pass accuracy of 86.2% was the second highest of any Chelsea player – only Thiago Silva could better him in that department but generally speaking, centre halves are more likely to play safe, conservative passes.

One gripe Chelsea fans have always had with Jorginho is not how well he can retain the ball, but often what he does with it, and again that was something he showed he can do last night.

He had the joint second highest key passes with one, but on a night where Chelsea’s main focus was to contain, that stat is certainly no disgrace.

We all remember the remarkable stat about him not assisting a Premier League goal in over a year, so to be adding key passes to his game certainly shows he is progressing.