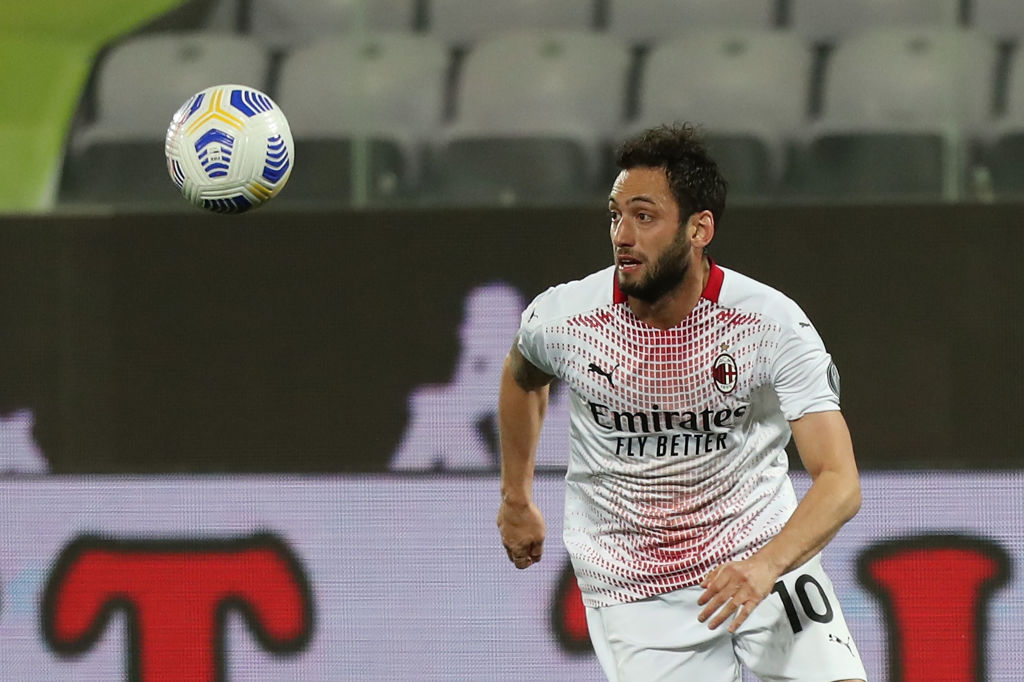 Chelsea have registered an interest is signing Hakan Calhanoglu this summer, when the Turkish international’s contract expires with AC Milan.

It’s likely the Blues won’t be the only side chasing his signature, as players out of contract could be more sought after than ever this summer, with so many clubs struggling financially.

Calhanoglu has registered two goals and nine assists this season in Serie A, highlighting that he is more of a creator than finisher.

The Turk is widely known as a set piece specialist, something Chelsea themselves don’t currently have within their ranks.

But I’m sure Tuchel wouldn’t be signing him based solely off his set piece ability.

It seems rather odd for Chelsea to be linked with another attacking midfielder, having recruited Kai Havertz and Hakim Ziyech last summer.

If they were to sign Calhanoglu they run the risk of becoming overrun with players in one area of the pitch – with Ziyech, Havertz and Mason Mount all vying for the same spot.

It is thought that Chelsea haven’t entered any negotiations with they player yet, they have just made their interest known.

Manchester United are also believed to be interested in the 27-year-old and they had the chance to watch him first hand a few weeks ago, as they clashed with AC Milan in the Europa League knockout stages.