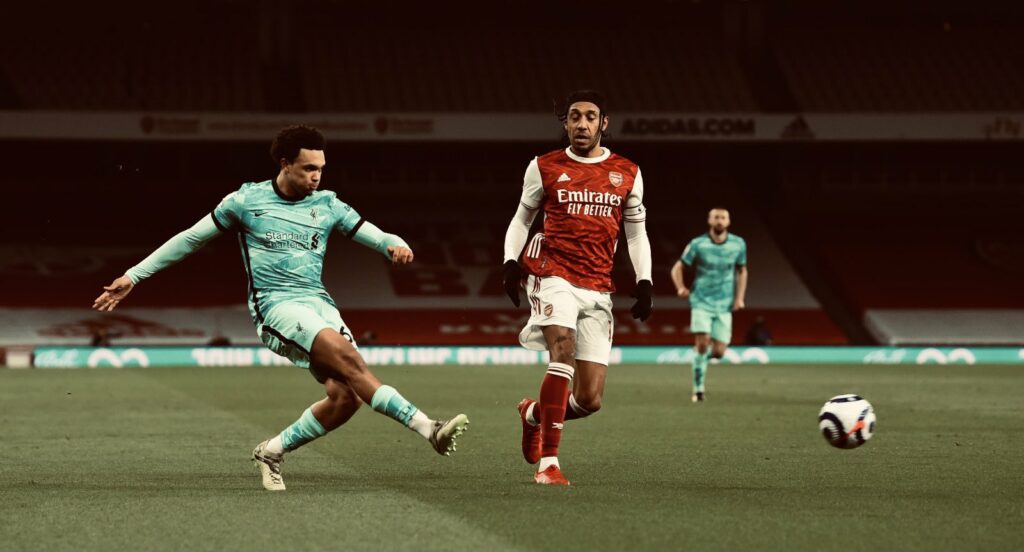 A hot topic of late has been whether Trent Alexander-Arnold’s exclusion from the England squad was justified – and he certainly didn’t do much tonight to change the opinions of those who agree.

It’s safe to say he had a night to forget, as did most of the Liverpool team, but Alexander Arnold comfortably took the crown of Liverpool’s worst rated player.

Much has always been made of the youngster’s ability out of possession and that was exposed yet again tonight.

He was faced by one of the brightest young talents in world football – Vinicius Junior.

One v one, Trent was exposed all night long and it was his error that led to Marco Asensio sending Real Madrid in with a 2-0 lead at half time.

And it’s that defensive side of his game that potentially led to his ommission from the England squad, but offensively his game is second to none.

He ha some nice passes tonight and probed in an attacking sense, but that defensive side of his game again let him down and leaves Liverpool with a mountain to climb in the second leg at Anfield next week.

Liverpool fans were quick to take to social media to vent their views on Alexander Arnold, who may want to stay off socials for tonight.

Trent Alexander-Arnold is probably one of the most overrated players in football.

Trent Alexander-Arnold has lost possession more times (13) than any other player in the first half of tonight's Champions League quarter-finals.

Trent Alexander-Arnold out here is assisting goals for Real Madrid and Jürgen Klopp wonders why he wasn't selected for England squad.

Reece James > Trent Alexander Arnold shouldn't even be up for discussion at this point. This man is a defensive liability at all times. Spamming square on your controller isn't enough. Debate settled.

Trent Alexander Arnold is making an average Vinicius Junior looks like a prime Ronaldinho……Something Wan-Bissaka would NEVER allow to happen.