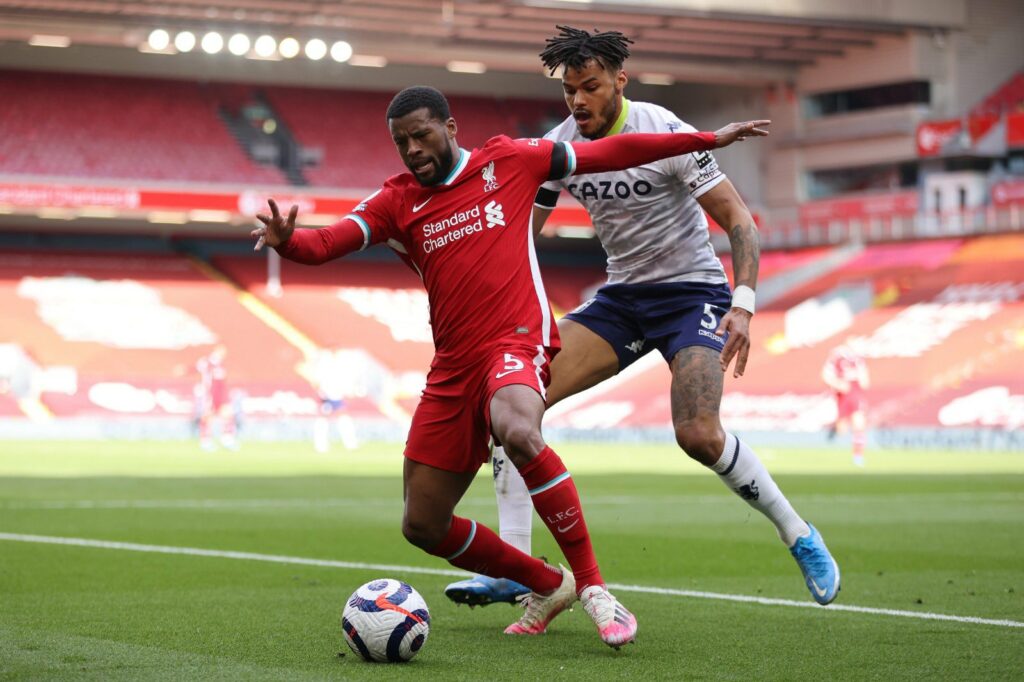 Liverpool fans are left scratching their heads, as after a terrible display in Madrid a little over a week ago, Gini Wijnaldum has retained his starting place for tonight’s must win game against Real Madrid.

Wijnaldum partners Milner and Fabinho in a very defensive midfield three Jurgen Klopp has decided to field – in a game which Liverpool need to win.

It comes as a surprise to see Thiago left out who has arguably been one of Liverpool’s best players lately, but he is only worthy of a place on the bench.

Liverpool’s away goal from last weeks gives them some hope of pulling off the unlikeliest of upsets, as they go in to tonight’s tie trailing 3-1, but still in the tie.

Klopp knows that if they concede, the tie is all but over and this is probably why he has opted to reinforce his midfield, but it has certainly angered Liverpool fans who expected to see a much more attacking line up.

One man who has come in for the heaviest criticism is Wijnaldum himself, who after stalling over singing a new contract, angered Reds fans even more last week as he was a spectator for Madrid’s third goal.

He is certainly a man who Liverpool fans are not thrilled to see in the line up.

Must win game against Real Madrid and 35 year old James Milner and Wijnaldum starts ahead of Thiago, who got MOTM in the CL final last year and was brought exactly for these kind of games.

I’m not saying I know more than Klopp, but that don’t sound right to me.

What is the one reason a manager would drop Thiago Alcantara and start Wijnaldum over him in a UCL knockout match where you need to make a comeback?

Milner and Wijnaldum against Toni and Luka. Wallahi Kloppo is in serious denial.