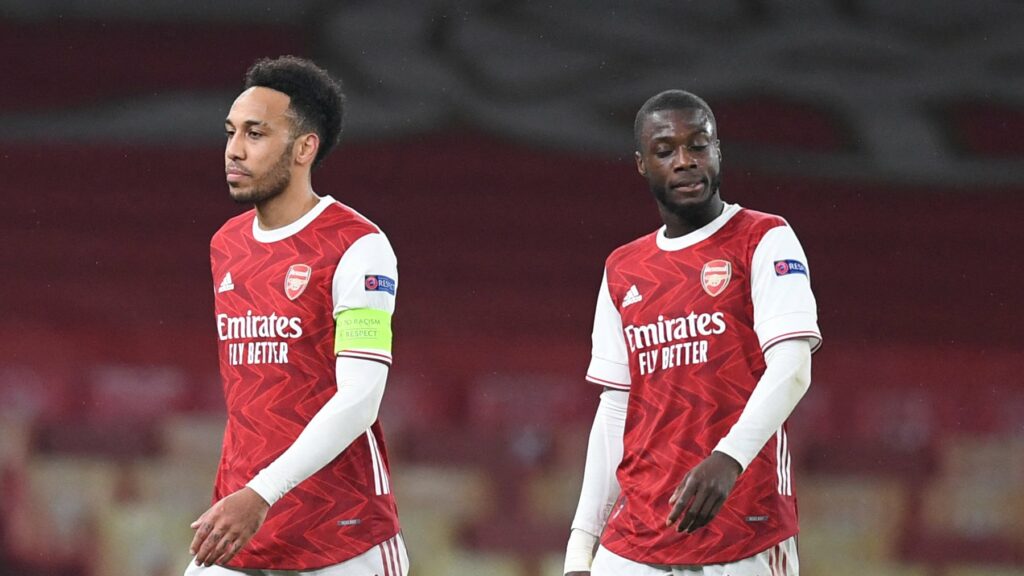 Two substitutes combined, as Pierre Emerick Aubameyang’s through ball was perfectly weighted for an onrushing Pepe, who drew the keeper before dinking over him.

It wasn’t plain sailing for Arsenal, as it was proved in the final seconds, as Slavia Prague snatched an away goal with the last kick of the game.

It’s that away goal that could prove costly, as it now means Arsenal have to score in next weeks return leg to have any chance of progressing to the semi finals.

It comes down to the old adage about Arsenal’s soft underbelly, as they again concede a poor goal from a defensive point of view which could ultimately cost them the tie.

On a night where not many people will come in for praise, one man who did, was Arsenal’s goalscorer – Nicolas Pepe.

He’s encountered a lot of criticism since arriving in North London, largely due to his hefty transfer fee, which he so far hasn’t justified.

However, he’s showing signs of repaying the faith the Gunners placed in him, and Arsenal fans seem to be pleased with the progress he’s making.

A reminder to never pick Willian over Pepe.

Dinks it beyond the keeper on the dead run. Lovely.

Pepe should’ve started the game in the first place

Now thats the aubameyang i love. Intensity and a bit of drive and quality. And great finishing and run from pepe.