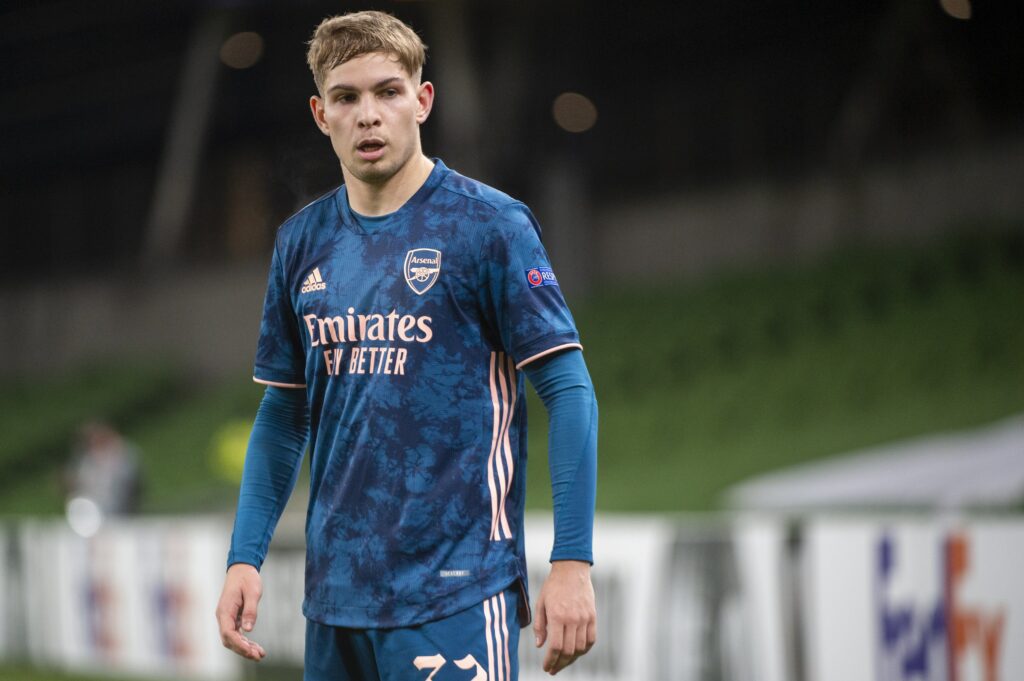 Arsenal cruised into the Europa League semi-finals tonight, as they thumped Slavia Prague 4-0 to set up a last four clash with Villareal.

The Gunners secured a 5-2 aggregate win, despite much speculation that they may struggle after conceding a crucial away goal in the dying seconds of the first leg.

But you would never have known the way way Arsenal started, who looked like they had a point to prove.

They raced into a 3-0 lead after 24 minutes courtesy of goals from Nicolas Pepe, Alex Lacazette and Bukayo Saka.

Before Lacazette grabbed his second in the second half to lay any lingering doubts to bed and round off an exceptional night for Mikel Arteta’s side.

In the absence of Martin Odegaard, Emile Smith Rowe has been thrust into the spotlight and the pressure has been on him to be that driving force to the United attack.

He’s an exceptional young player, but to place a huge burden on him by playing him as their main playmaker would make many a youngster crumble – but not Smith Rowe.

The 20-year-old has thrived under pressure, producing some excellent performances which has effectively made him one of the first names on the team sheet.

He’s endeared himself to the Gunners faithful and further enhanced his reputation tonight.

EMILE SMITH ROWE YOU ARE SOMETHING SPECIAL. pic.twitter.com/19bXhZ1e71