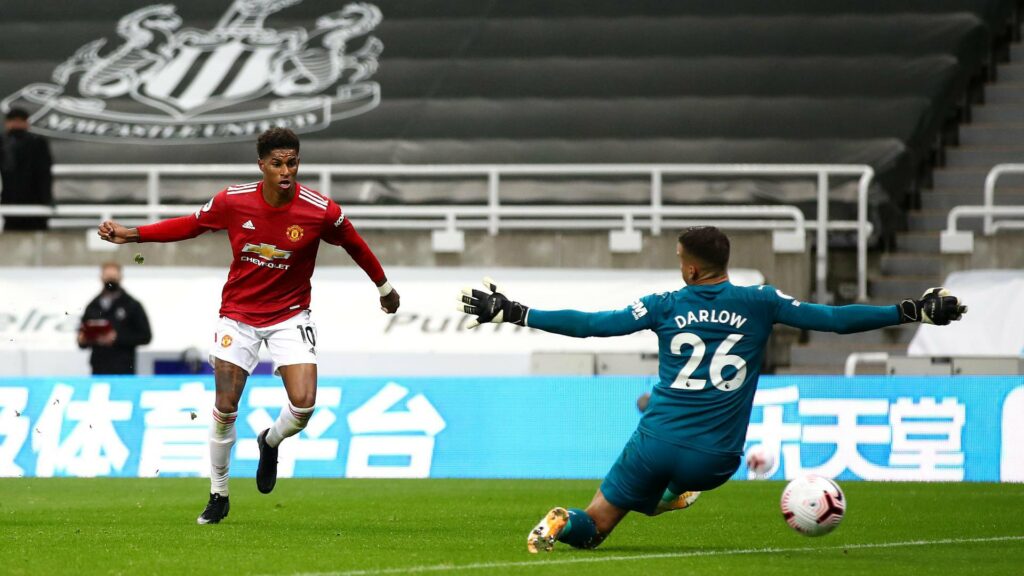 At the age of just 23, Marcus Rashford has broken David Beckham’s goal scoring record at Manchester United, an incredible feat for the youngster.

Rashford surpassed the Old Trafford legend as he netted the equaliser in tonight’s 2-1 victory over Brighton, to all but secure their place in the top four.

The youngster burst onto the scene in 2016, when an injury crisis led to Rashford being handed a starting berth against Midtjylland in the Europa League.

He netted twice in that game and followed it up a few days later with another brace in the Premier League against Arsenal at the Theatre of Dreams.

The rest is history as they say, and the 23-year-old tonight scored his 86th United goal, one more than Beckham managed.

Rashford has a remarkable injury record for United, having featured in every single Premier League game so far this season.

He pulled out of the England squad a few weeks ago, and limped off tonight with injury, but as he walked down the tunnel it appeared not to be a serious injury.

To surpass Beckham’s record at such a young age is an incredible achievement and it appears as though he could push Wayne Rooney’s club goal scoring record close if he continues in the same form, assuming he stays at United.