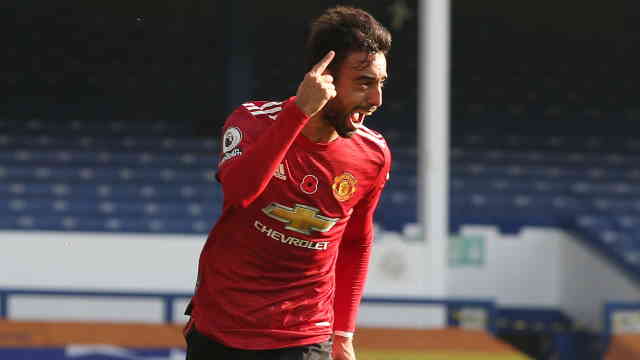 Manchester United will be looking to get back to winning ways when they take on Aston Villa at Villa Park on Sunday afternoon.

The Red Devils lost 3-2 to Roma on Thursday night in the second leg of their Europa League semi-final tie but progressed to the final 8-5 on aggregate thanks to a comfortable first leg win at Old Trafford the week prior.

Ole Gunnar Solskjaer will now turn his focus back to the Premier League and securing second place in the table. The title is already in the bag for Man City so United now need to see-off competition from the likes of Leicester City and Chelsea for the runners-up spot.

Manchester United hold a four point lead over their nearest rivals with a game in hand so they can tighten their grip on second with victory over 10th-placed Aston Villa this weekend.

Before placing any bets it’s always worth looking out for any bonuses and bookies, like bet365, offer some extra bet credits with the valid promo code so make sure to take advantage of those if possible.

United are the 5/6 favourites with leading bookmakers to win the game at Villa Park and many casual punters will be tempted by those odds. The draw is available at 29/10 while Villa can be backed at 10/3 to claim all three points on home soil.

Ollie Watkins is the dangerman for Villa and he’s 5/2 to score at anytime but we like the look of Bruno Fernandes as first goalscorer at odds of 9/2.

Fernandes to score first in a 2-1 Manchester United win can be backed at 48/1 and that would be our long-shot bet for this match.

United didn’t suffer any fresh injury concerns following their Europa League defeat in Italy but they will continue to be without Anthony Martial as he’s still working his way back from injury.

Daniel James missed the Roma game with a muscle problem and he’s set for a spell on the sidelines while Phil Jones remains a long-term absentee.

With a lot of games coming up, Solskjaer is expected to rotate his squad with the likes of Dean Henderson, Victor Lindelof, Alex Telles, Scott McTominay, Juan Mata and Marcus Rashford pushing for recalls.

As for Villa, they are still without Morgan Sanson due to a knee injury while Mahmoud Hassan is working his way back from knee surgery. Jack Grealish is back in light training after a calf injury but this game will come too soon.