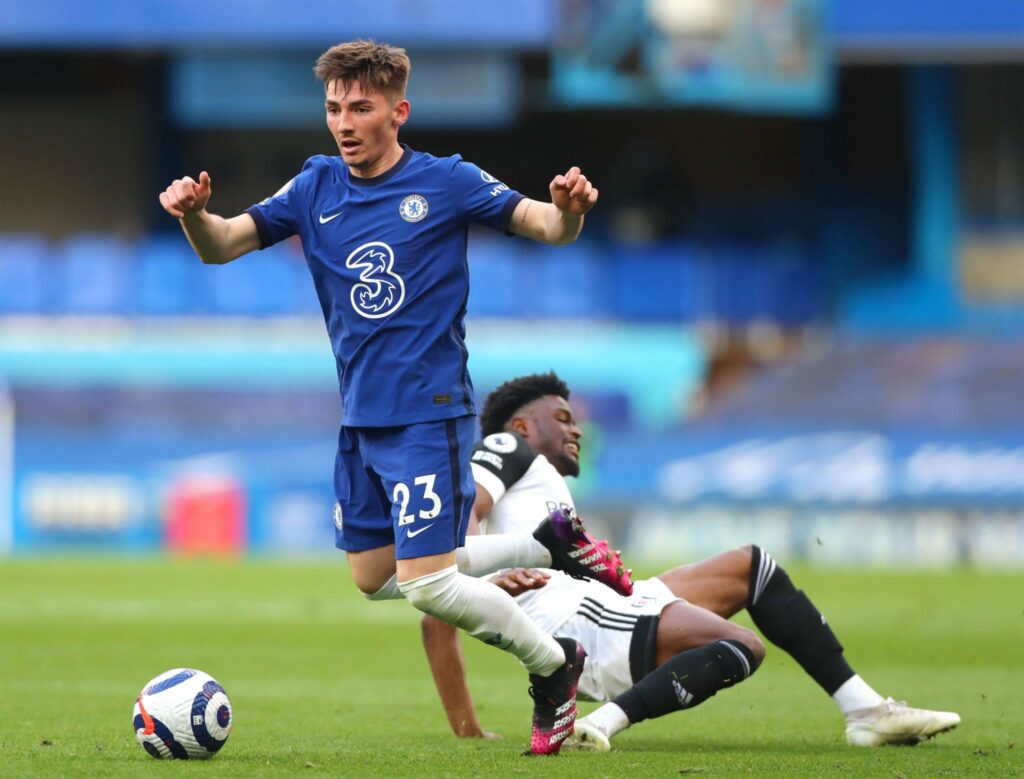 The champagne is still on ice for Manchester City, as Thomas Tuchel’s Chelsea side were the party poopers tonight, as they continued their fantastic away form at the Etihad.

A last-gasp Marcos Alonso goal was enough to ensure Chelsea headed back south with all three points, and left City pondering their potential treble.

Tonight’s victory was Tuchel’s second victory over Pep Guardiola in as many weeks, as he guided Chelsea to a victory over City in the FA Cup semi final.

The pair will face off again in the Champions League final in a few weeks time, with Chelsea undoubtedly holding the psychological advantage.

It would be difficult to pick out an individual performer from tonight, with every single Chelsea player worthy of a man of the match award.

But one man who caught the eye more than most, was Billy Gilmour.

The youngster has had to be patient in waiting for his opportunity under Tuchel, as he continues to grow in the Blues first team, but tonight he staked his claim for a start.

An experienced head on young shoulders, he used the ball well and was a fantastic screen infront of the Cheslea back four.

Blues fans were quick to pick up on this and lauded the Scot on twitter.

Gilmour has quietly been terrific since half-time. Has really grown into the game and is moving the ball with ease.

Gilmour is low-key having a very good game.

Billy Gilmour has had an unreal second half. Generational talent