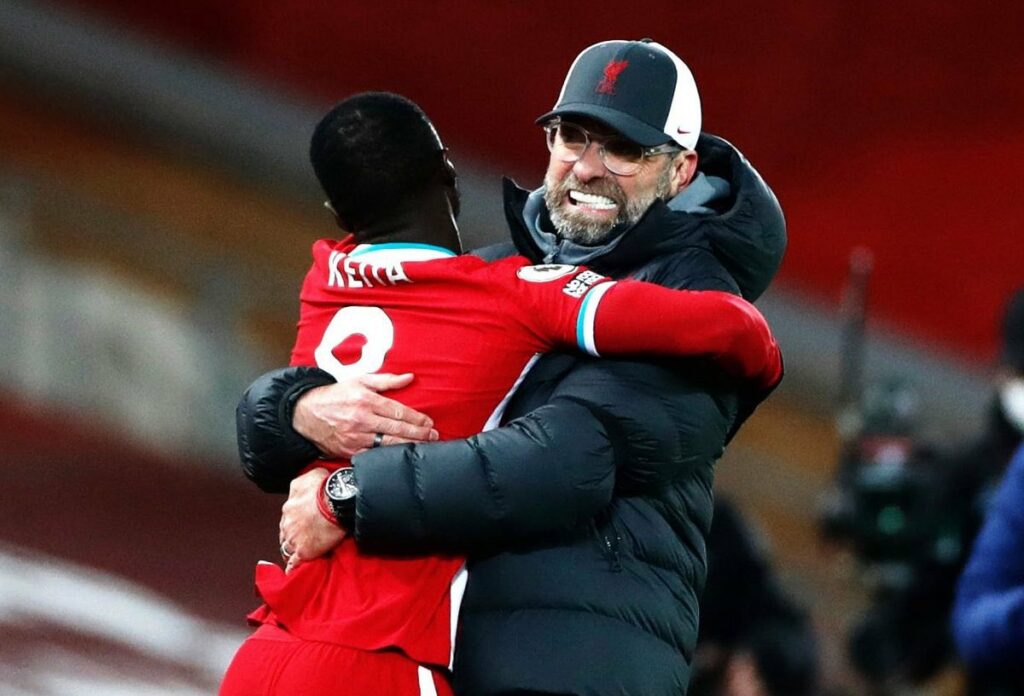 With Gini Wijnaldum lined up to make an emotional summer exit from Anfield, the last thing Jurgen Klopp needs would be another midfielder to leave too.

But maybe that isn’t the case, as it is believed that Naby Keita could join the Dutchman on his way out of Merseyside.

It is believed that if the Reds receive the ‘right offer’ then Keita is free to leave Anfield and put an end to his troublesome three year stay.

He arrived in the summer of 2018 with high expectations that he was the final piece of the jigsaw for Liverpool and he could help them bridge the gap to the then unstoppable, Manchester City.

But the move has never really worked out for the Guinean international, despite boasting an impressive medal collection from his brief stint at Liverpool.

It would be fair to say that he has been a bit-part player and has struggled to really make his mark on the team.

Whether he suits Klopp’s style of play is questionable, and could be the reason why he has seen so many people play ahead of him.

There is no questioning his ability on the ball, but the impact he has on the team fluctuates from week to week and that could be why Klopp sees fit to sell him this summer.