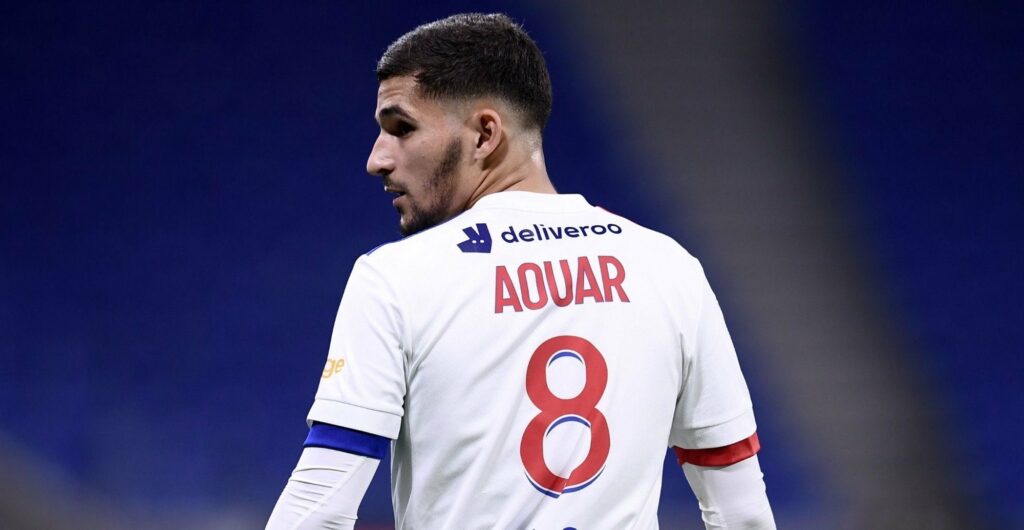 Houssem Aouar is the latest name to be linked with a summer move to Anfield, as Jurgen Klopp looks to bolster his squad ahead of next season.

A disappointing title defence currently sees the Reds sit outside of the top four, with only feint hopes now left of bridging the gap to Leicester and Chelsea with five games to go for Klopp’s side.

Injuries to key players have undoubtedly hampered their season, with Virgil Van Dijk, Fabinho, Joe Gomez, Joel Matip and Jordan Henderson all having faced time on the sidelines this season.

Aouar’s arrival on Merseyside undoubtedly hinges on Georginio Wijnaldum and what he decides to do on the contract front.

It appears that talks have hit the end of the road, and with the end of the season now within touching distance, it looks very likely the Dutchman will leave Liverpool this summer.

Aouar hasn’t been too influential for Lyon this season, with just nine goal involvements to his name all season, and questions still remain as to whether he is a ‘Klopp player’.

Klopp is renowned for his aggressive, front foot approach, but whether Aouar would suit that style is open to interpretation.

£26 million is rumoured to be the fee Lyon are looking for which would replicate small change for a club of Liverpool’s size.

But with the ongoing coronavirus pandemic causing financial havoc throughout football, spending could well be cut back across Europe this summer.

I've said this so many times. Talented player definitely, but our best players are all in their primes. WE NEED PLAYERS THAT ARE WORLD CLASS NOW NOT IN 5 YEARS. Stop building for the future, we did that and now we're at the point where we need to win to make the most of it

30 mil is a bargain for this man. Think he was worth 50+ last summer as well

Got bags of talent but lacks fight and desire. Been huge fan of him. Has had a disappointing season with injury and form dip. Is he really a Klopp player though? I doubt it. Ok to find out at 30M, but if it gets to astronomical figures then no