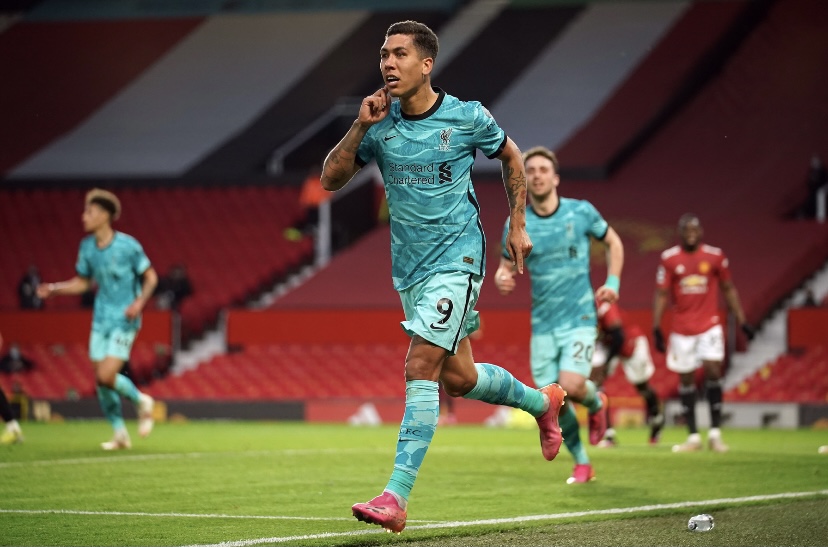 Liverpool kept their top four hopes alive tonight, picking up a 4-2 win at Old Trafford to pile the pressure on Chelsea ahead of weekends fixture list.

The gap is now at four points, with Jurgen Klopp’s side still having a game in hand – so even with victory in that game, they will still be a point behind.

Chelsea still have to play their top four rivals Leicester too, which guarantees that at least one of the teams Liverpool are chasing will drop points and providing they win, they will close the gap.

It was a sensational display from Klopp’s side who fielded a make shift back line containing Rhys Williams and Nat Phillips.

Despite falling behind to a Bruno Fernandes strike, first half goals from Diogo Jota and Roberto Firmino ensured they went in ahead at half time.

Firmino extended their lead early in the second half before Marcus Rashford halved the advantage.

Mo Salah wrapped up the points in stoppage time but it was the Brazilian who stole the headlines and re-captured the hearts of Reds fans.

He’s come in for some heavy criticism, but tonight he proved his worth in the system and Liverpool fans were more than pleased to see it.

That’s a great result and performance, but doesn’t mean people should be reactionary about players based on the game.

Firmino still isn’t good enough to be a regular starter for us next season.

Firmino scoring twice at our stadium, saying that's embarrassing is an understatement.