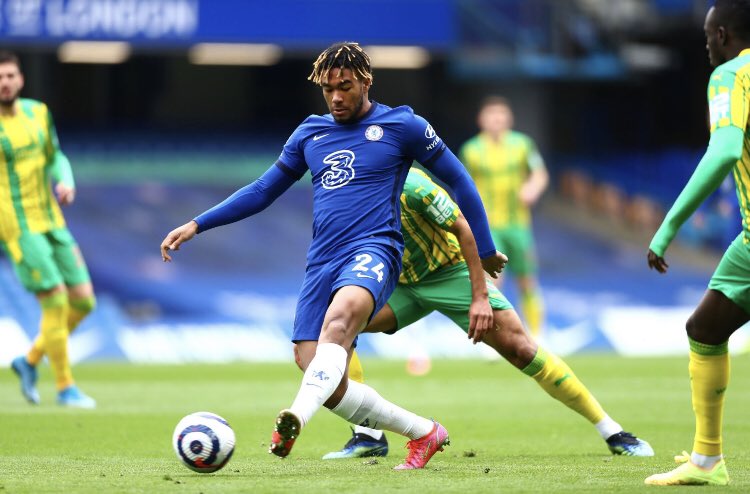 Chelsea’s top four hopes were dinted last night as they slumped to a 1-0 home defeat to Arsenal, leaving themselves exposed to a late charge from Liverpool.

Thomas Tuchel’s side weren’t quite at the races last night and they were punished by Mikel Arteta’s Arsenal side who are effectively just playing for pride now.

A loose Jorginho back pass left Kepa stranded out of his goal and needing to make a last ditch attempt to keep the ball out of the goal and spare the Italians blushes.

However, the Spaniard could do little to prevent the ball spinning to the path of Pierre Emerick Aubameyang who left Emile Smith Rowe with the simplest of tasks to slot into an empty net.

Defeat leaves Chelsea seven points clear of Liverpool, but the Reds have two games in hand, leaving them with the opportunity to close the gap to just a solitary point.

On a night where it would be difficult to pick a stand out Chelsea performer, one man did catch the eye – Reece James.

All stats are taken from whoscored.com.

With three key passes, James had the second most of any Chelsea player behind Mason Mount.

Despite trailing for most of the game, he continuously tried to drive his team on and force the issue in getting his side back on level terms but ultimately it was to no prevail.

His combative nature has captured the hearts of the Chelsea faithful and it showed again last night.

James has a never say die attitude and is willing to fight until the end – he’s aggressive out of possession and works as hard as anyone in blue to win the ball back.

A real shining light on an otherwise poor night.