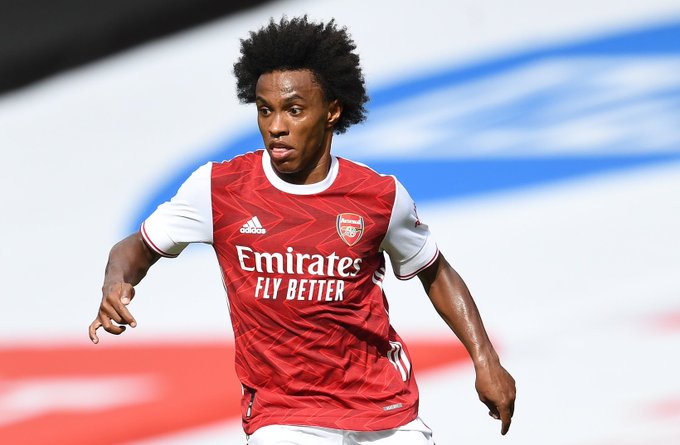 When he arrived at the Emirates in the summer, there was widespread hope that he could be the man to kick Arsenal on in their first full season under Mikel Arteta.

But that fairytale signing hasn’t quite worked out – in fact quite the opposite, as the Brazilian is somewhat a taboo subject amongst Arsenal fans.

A grand total of zero goals this season almost certainly hasn’t helped his cause, whilst his all round game has also left a lot to be desired, as he has struggled to hold a place in the side.

The emergence of Emile Smith Rowe hasn’t done much to help his cause, but even with Gabriel Martinelli having missed most of the season, he still hasn’t been able to secure a starting spot.

As the Gunners crashed out of the Europa League last night, with their old gaffer, Unai Emery, coming back to haunt them as manager of Villareal.

Last night’s European humiliation was perhaps the straw that broke the camels back as far as Willian was concerned, despite the fact he only played 10 minutes.

It appears Arsenal fans have finally reached the end of their tether with the Brazilian and took to Twitter to air their dismay.

He's up there for one of the worst signings of the season. Shows the lack of ambition the club is showing

he is MA’s best signing & one of the best players in training. He is non-negotiable so even though he doesn’t offer anything in actual match but based on his performances in training it’s 10/10