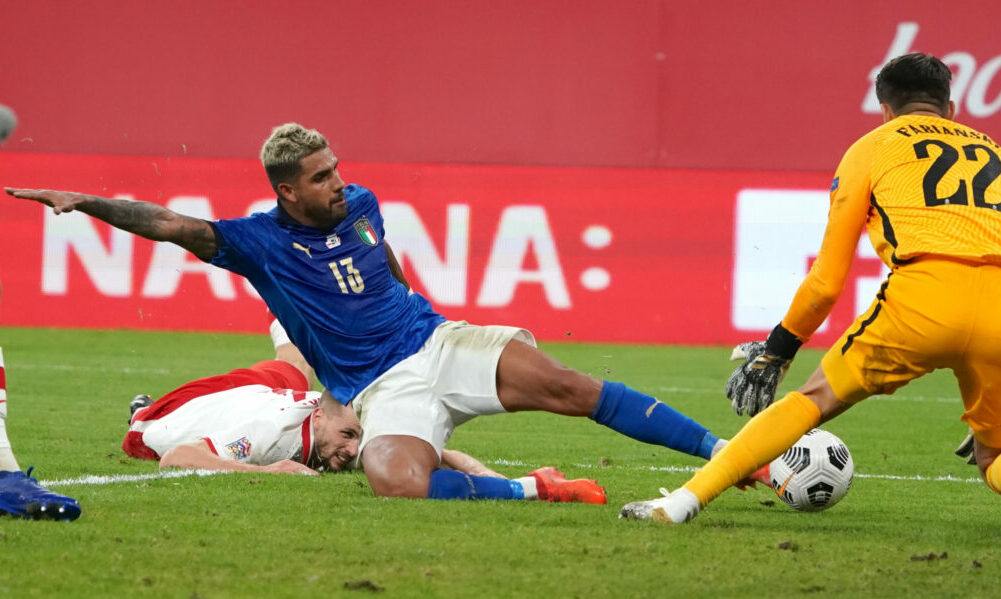 Roberto Mancini’s side were convincing 3-0 winners over both Turkey and Switzerland before rotating his squad and still beating Wales 1-0 in their final group game.

That has setup a round of 16 tie versus an Austrian team who came out of Group C in second place, behind the Netherlands and ahead of Ukraine and North Macedonia.

After a late 3-1 victory over the debuting North Macedonia in their opening game, Austria were convincingly beaten 0-2 by the Netherlands. A 1-0 win in their final game set up this tie.

Key centre-back Giorgio Chiellini is still listed as a doubt for this game and the coach may decide to save him for the quarter-finals as a result. That’s because Italy have the shortest odds to win of any nation in this round.

The four-time world champions are less than halves to win in 90 minutes and as short as 1/6 to progress from the tie. Simply put, anyone considering backing Mancini’s side should consider looking at US casino sites where you can find much better odds.

Wingback Alessandro Florenzi is also doubtful to face Austria whilst Lorenzo Pellegrini is ruled out indefinitely.

Manuel Locatelli and Ciro Immobile have a pair of goals each whilst Jorginho and Marco Verratti have been excellent in the middle of the Park for Italy.

Franco Foda has two doubts of him own – Konrad Laimer, who has had an injury plagued season anyway, and Cristoph Baumgartner, who scored the winner versus Ukraine earlier this week.

Francesco Acerbi can slot into the centre-back role if Chiellini is absent. This lineup should dominate possession and create the most chances. Domenico Berardi is looking for his first goal this summer. Click here to find the odds for firs goalscorer.

The coach moved David Alaba out from centre-back to left-back in their final group game and should see sense in moving him back to the left wing to have any chance of causing this defence problems.

Don’t be surprised if Marko Arnautovic gets marked out of the game and frustrated. Marcel Sabitzer needs a big game in the number 10 role if Austria are to cause an upset.

Italy should be comfortable winners in 90 minutes and if/once they get to that scoreline I would expect Roberto Mancini to take advantage of the five substitutions rule to rest key players. That’s because their quarter-final in Munich will be against Belgium or Portugal five days later.