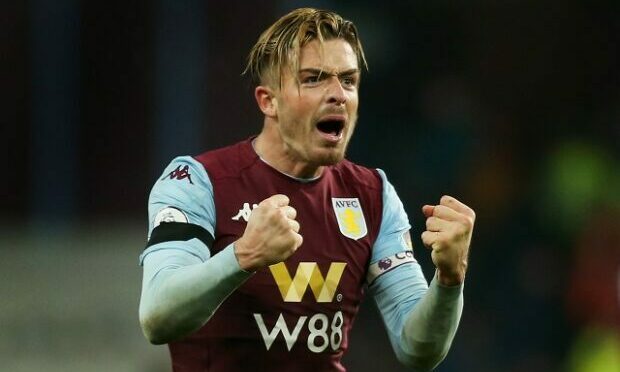 Manchester City are now the firm odds-on favourites with the bookmakers to sign Jack Grealish if he leaves Aston Villa this summer.

Grealish has developed into one of the most gifted attacking midfielders in British football over the past few years having established himself as a vital part of the Villa starting eleven.

The 25-year-old provided 6 goals and 12 assists to help the Villains secure their top flight status in the Premier League last season and his impressive form saw him named in Gareth Southgate’s England squad for Euro 2020.

Understandably, Grealish has also been attracting interest from the upper echelons of the Premier League with several top English clubs believed to be interested in luring him away from Villa Park.

Arsenal, Chelsea and Manchester United have all been credited with an interest in the attacking midfielder but it’s Manchester City who’ve emerged as the front-runners for his signature.

Widespread reports this week claim City have lined-up a £100m deal to sign Grealish after Euro 2020 after Pep Guardiola identified him as the man to further enhance his already formidable squad.

Following the reports, bookmakers have slashed their odds on Grealish joining City with many now pricing them as the 10/11 favourites to sign the playmaker this summer. Fans are rushing to place their bets before it’s too late and it couldn’t be easier at a no account casino to back Grealish to be a City player before the window closes.

Arsenal and Chelsea are the 20/1 second favourites to land the England international with United priced at 22/1 but it’s clear the bookies feel Man City will win this particular transfer race.

Should he complete his proposed move to the Etihad Stadium, Grealish will compete with the likes of Kevin De Bruyne, Phil Foden, Raheem Sterling, Bernardo and Ferran Torres for a starting spot in the attacking midfield positions. Some may argue that Guardiola already has an abundance of attacking talent at his disposal but no doubt Grealish will add something different to the City squad.

The spending isn’t likely to stop there either as the Premier League champions are expected to spend big money on a top class striker after Sergio Aguero left to join Barcelona. Harry Kane and Erling Haaland are touted as Guardiola’s prime targets to replace Aguero and either player would be a sensational signing for City.

If the Citizens can add Grealish and Kane/Haaland to their squad this summer then it’s difficult to see any club stopping them next season. They’ll be the firm favourites to retain the Premier League title and Guardiola may finally have the squad he needs to bring the Champions League to the Etihad next campaign.